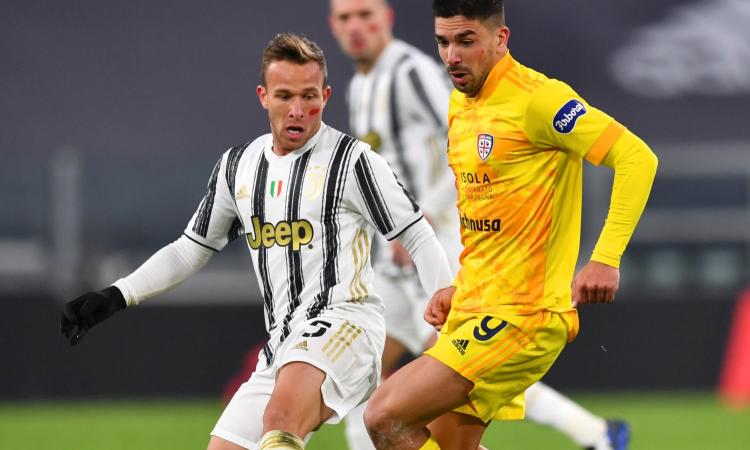 Steps forward, small, but important. Arthur has finally taken Juventus, and during the match against Cagliari, he proved that he could be the beacon of a midfield that, at least for now, seemed to be without a master. A performance that has been defined by all as growing and which is also rewarded by numbers and statistics.

MAN EVERYWHERE AND WITHOUT BURNS -Analyzing heatmaps and touch maps, in fact, it clearly emerges that Arthur has always tried to give a clear line of passage to his teammates, freeing himself even in one or two touches of the sphere without ever going into difficulty. With 110 touches, in fact, about 100 passes arrived, of which 96% reached the mark. Defensively he attempted 2 doubles, winning both, completed 3 interceptions, winning about half of the duels (including air).

NOTA PLAY ALLA PIRLO – Arthur is therefore taking the role of low play of this Juventus of Andrea Pirlo, without however being even far from a play “a la Pirlo”. 96% of successful passes and the single chance created to confirm the tendency to be a certainty in the middle of the field, but with few risks taken vertically. About 80% of its passages are in fact directed towards the two sides, and only 18% are proposed forwards. It is in this fact, in the courage to try to accelerate and verticalize, where it can still grow. It will dirty those monstrous percentages a little, but Juventus can only enjoy it with its forwards who love the attack of depth.