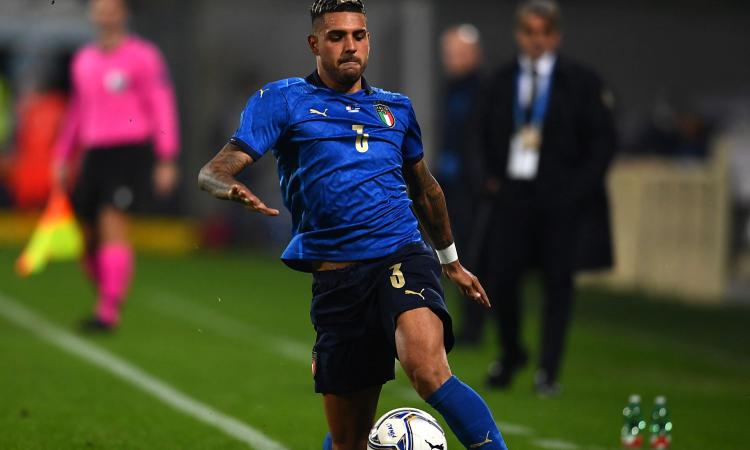 In the summer, Juve looked for a long time for a deputy Alex Sandro. It was a priority of Maurizio Sarri, first of all. With Emerson Palmieri first on the list, with many other solutions considered, including Robin Gosens, however, considered unsuitable for a back four. Then what happened happened, the relay between Sarri and Andrea Pirlo revised strategies and priorities. After evaluating new profiles, then once Luca Pellegrini was free to live another season on loan, in the end, Juve diverted their resources elsewhere: attempts were made to get the usual Emerson Palmieri on loan until the last market day, with Chelsea who would have pushed Marcos towards Turin rather Alonso, in the end, the left-wing was trimmed by the promotion of Gianluca Frabotta, in addition to fieldwork to adapt Federico Bernardeschi or even Federico Chiesa for a full-fledged job if necessary, with Danilo called to keep the place warm for Alex himself Sandro. In all this, the work for a shot on the left-wing continues.

IN JANUARY. The hottest name? Always that of Emerson Palmieri. Who at Chelsea is now out of Frankie Lampard’s rotation. And who wants to change the air, possibly return to Italy, also to defend the place given the European Championship.Napoli is also making a decisive move on him, while Inter is at least interested in the background. And Juve tries, as long as two conditions are met. The first: that Chelsea open to a loan with the right of redemption. The second: that at least one player leaves, identified in the usual Bernardeschi but the space left free by Sami Khedira could be enough in case he decides to anticipate the farewell.

IN JUNE. In June, then anything can happen. For now, David Alaba’s request is out of reach. Still, Juve will remain particularly attentive to his contractual situation just as the train for Marcelo seems to have passed (twice), even if in Spain there is talk of a possible transfer to Juventus of one of Cristiano Ronaldo’s best friends. And then with the new set-up proposed by Pirlo here is that Gosens himself can also be back in the sights. But first, something is already being evaluated for January: first, it is still up to Emerson Palmieri to remain at the top of the list of possible hits.