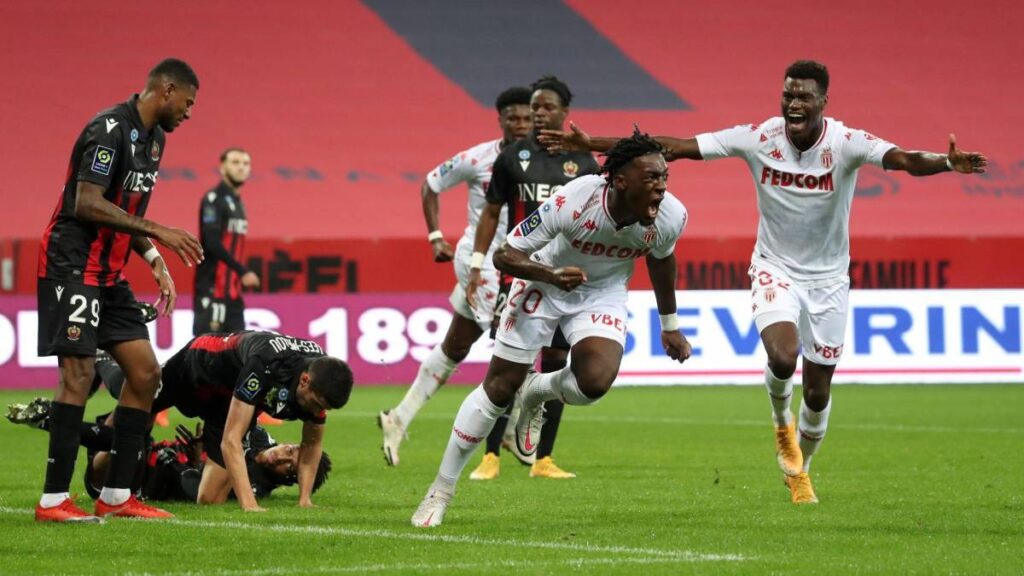 In this derby between Aiglons and Asémistes counting for the 10th day of Ligue 1, the visitors pocketed the three points in a match controlled for a good hour (2-1). A victory which allows AS Monaco to take fifth place, while OGC Nice misses the place of dolphin.

After an interesting Brest-LOSC and a multiplex full of goals, the 10th day of Ligue 1 continued this Sunday with this derby between OGC Nice (5th, 17 points) and AS Monaco (10th, 14 units) at the ‘Allianz Riviera. In the hard part of the Europa League (two defeats, one success) but well placed in the league, the Aiglons could do the right thing for the weekend in case of victory, by taking second place. The Asémistes, winners of Bordeaux (4-0) last weekend, had the task of starting a series to get into the top 5. On the Nice side, Patrick Vieira aligned a 5-4-1 with Schneiderlin in central defence. Niko Kovac kept his 4-4-2, Volland and Ben Yedder being present in front.

At home, the Nice quickly tried to keep the ball to set up their game, but the visitors did not let them. The Asemists pressed and multiplied the opportunities from the start of the game. If Volland found the crossbar, Ben Yedder ran up against Benitez in the same action (3rd). A first warning for the Aiglons who were suffering. Volland insisted a few moments later (8th) before a strike from Fofana again released by Benitez (9th). Ben Yedder was also trying his luck. The Argentine goalkeeper was still shining (11th). Unfortunately, on a corner and a header from Disease, Benitez was defeated for the opening of the Monaco score (23rd, 0-1). A logical goal gave the scenario.

A too late reaction from the Aiglons

In lack of ideas, the men of Patrick Vieira did not really manage to worry about the ASM. Still, Mannone finally had work after the half-hour of play since the goalkeeper number 2, holder following the injury of Lecomte, captured the shot by Dolberg (31st). The other goalkeeper, Benitez, continued to shine in his area (41st). And without him, OGC Nice could have returned to the locker room with a suitcase … With this score, Patrick Vieira reshuffled his team by bringing in Pelmard in place of Thuram, thus bringing Schneiderlin back into the midfield. A replacement to try to have more control in the middle but quickly, the Aiglons cracked a second time. Diop recovered the ball on a missed pass from Nsoki and placed it between the legs of Benitez for the goal of the break (53rd, 0-2).

Niko Kovac’s players were far above, and Ben Yedder still could not score (65th). Patrick Vieira, him, then made three changes at once with the entries of Maolida, Rony Lopes and Claude-Maurice and the exits of Reine-Adelaide, Dolberg and Boudaoui. Choices that pay off. On the next action, Lees-Melou put pressure on Disasi after a save by Mannone to score and reduce the gap (68th, 1-2). More enterprising after the hour of play, the premises then played to try to equalize, in vain. The Asemists finished even better with an amount found by Geubbels (83rd) and a too crossed strike from Pellegri (87th). AS Monaco won this match 2-1, moving to fifth place in the standings. The