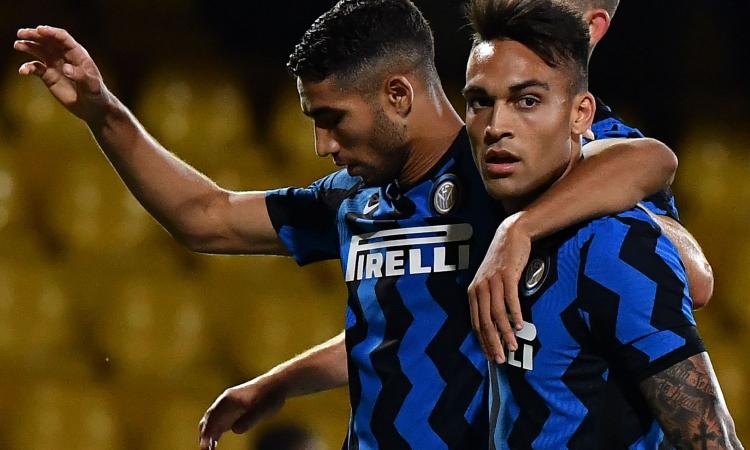 It is not a final, but it is already a decisive match for the future of the two teams in the Champions League. Tonight at 9 pm at the Alfredo Di Stefano Stadium in Valdebebas, Ciutat Sportiva Blanca, Zinedine Zidane’s Real Madrid will face the Inter of Antonio Conte, his former Juventus teammate, in what is already a fundamental challenge for the rest of the European competition, despite being only the third day and just as many are missing. The reason is that, in an absolutely unexpected way compared to forecasts, Blancos and Nerazzurri currently occupy the last two positions of Group B, respectively with 1 and 2 points, the result of defeat and draw against Shakthar and Gladbach and two draws with the same opponents. It is, therefore, a real “play-off”, pending the return to San Siro in 15 days, which will be able to outline the fate of a balanced group: Ukrainians, 4 points, and Germans, 2, faced each other in Kyiv at 18.55. Conte faces the lack of commitment of his striker, Romelu Lukaku, who remained in Milan due to an injury: in his place, there is space for Perisic, who is paired with Lautaro Martinez, negative in recent performances. Zidane instead deploys Benzema at the centre of the offensive department.

STATISTICS AND BACKGROUND- Real Madrid and Inter have already met 15 times in history, with the Nerazzurri having won on 7 occasions. On the other hand, the Spanish club has 6 successes and 2 draws. In the last seven games played in Madrid, however, Real have won on six occasions, but find themselves hosting Inter Milan for the first time since September 1998. On that occasion, they finished 2-0 for the Blancos (absolute debut in the Champions League for the Nerazzurri). In the last 10 European matches between these two teams, the home side has triumphed on nine occasions (one draw in the remaining match). The last away victory dates back to March 1967, when Inter won 0-2 in the European Cup.

AT THE FINAL WHISTLE STAY ON CALCIOMERCATO.COM TO READ THE COMMENT OF ALBERTO POLVEROSI FOR 100TH MINUTE.