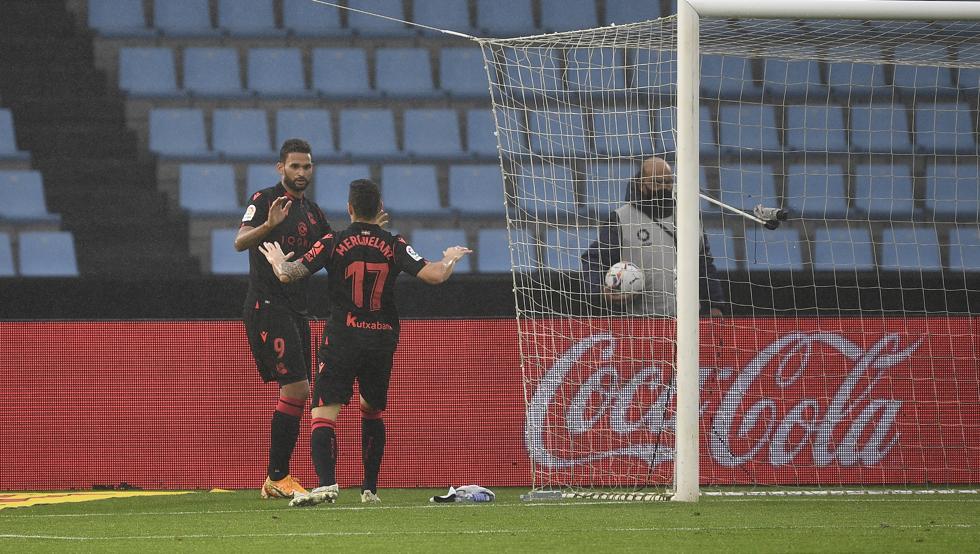 The Brazilian equals the Turkish as the fourth top foreign scorer in the history of Real Sociedad.

As soon as he scores one more goal, Willian José will be officially proclaimed the fourth top foreign scorer in the history of Real Sociedad. The achievement emphatically squashes all the doubts that may be hovering about the performance of the Brazilian as a team footballer, in these first stages of his fifth season. In Balaídos he equalled the mark of 58 goals that in his day an entire runner-up of the Txuri Urdin League like Nihat signed. He would need to score 15 more goals this season to catch up with Carlos Vela.

Willian José opened his account this season with Celta’s goal unguarded. Porter’s double service elevates him when he meets 156 matches in Real between the League, the Cup and the Europa League. His first two goals in the 20/21 season mean that he has already seen the door in each of the five in which he has defended the Real shirt.

Further than Vela are, a priori, for Willian José, the records of Kovacevic (107 goals in Real) and Kodro (81). They are the artillerymen par excellence if the definition is limited to the club’s foreign scorers. Willian entered the Olympus after passing Griezmann (52).

“Above all, I am happy for the team, but we forwards have to be there to score,” declared Willian José after the match against Celta. The one from Porto Calvo has confessed on more than one occasion that he does not mark exact figures in public due to the bill that may happen to him or because of the mental exhaustion that it may produce. In Balaídos he honed his aim. With his double against Celta, the Brazilian joined the other two centre forwards from Real on the current filmmaker roster. Both Bautista and Isak add a goal. Willian José has already surpassed them, with two, and opposes to continue as a starter.