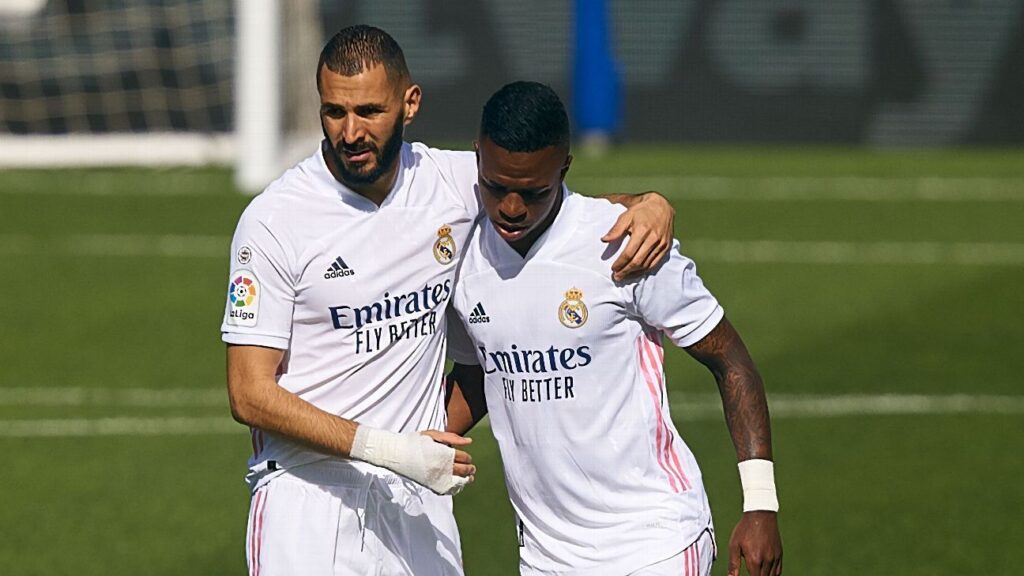 I did not expect that criticism from the player in the squad he admires the most, but it will not be a problem. Karim’s surroundings downplay him.

Real Madrid’s visit to Borussia Monchengladbach left two concerns at the Bernabéu, one sporting and the other in tune. The tie confirmed that those of Zidane, the bottom of his group with a point in two days, are fair in Europe; and the conversation between Benzema and Mendy criticizing Vinicius, hunted by Telefoot, has not exactly helped to soften the 2-2 hangover. In the conversation, tense by the 1-0 and trusting in the intimacy of the changing room tunnel, Benzema points out to his compatriot the bad first part of Vinicius. “He does what he wants. Don’t play with him, brother. Play against us.” drop the striker. Moments later, before the second half begins, talk to Mendy himself with Vinicius.

The scene has surprised both Vinicius and his surroundings. Benzema is an idol for the carioca, who not only gets along very well with him personally but also feels protected by the involvement of the former Lyon player in his evolution. That is why Vini does not hesitate to praise him in each interview he grants, as the newspaper library shows. The last example, the last opportunity he had: on RMTV, in the selection break at the beginning of the month. The ’20’, then surrounded by praise for his decisive goals against Valladolid and Villarreal, was very affectionate: “It is an honor to play with him. We always talk about what I can improve, also how he can help me. it already helped me, and now it continues, He tells me to be calm and helps me choose the best play. ”

Despite that bad taste in the mouth that these statements leave, more coming from the third captain of the squad, those around Vinicius, as well as those close to Benzema, repeat that the event will remain an anecdote. The French have not addressed the Brazilian so far to comment on his version or apologize, but nothing that happened will affect the treatment between the two. Everyone has enjoyed the day off with their loved ones and this Thursday they will meet again in Valdebebas.