“His fight with Gaethje went exactly as I predicted. The fake media made Justin a starfighter, revealing that he had the skills to defeat Khabib, but what were they even talking about? I saw this guy wrestle in college. While I fucked prom queens, but guys on both shoulders and won national championships, I also saw him wrestle. This guy just sucks, he was trash. Just because he fought doesn’t mean he was good at it.

So I knew what was going to happen. Of course, I knew that Khabib had to beat him because he fights with some dwarfs. Fight in your weight class! As one American legend said: “Only bitches drive weight.” They are trying to get a big advantage to fight the little ones. Come and fight in the weight of real men.

I consider myself the main reason why Khabib does not appear in the welterweight category. There is a reason he does tons of weight. Everyone knows that between fights he weighs about 86 kilograms. He’s bigger than me, but I’m a real man and I fight in my weight class. I am ready to fight with opponents of any size, while Khabib is looking for fights with dwarfs. He won’t go to the welterweight division because he knows who’s in charge. He knows that here he will have no chance of remaining undefeated, ”said Covington. 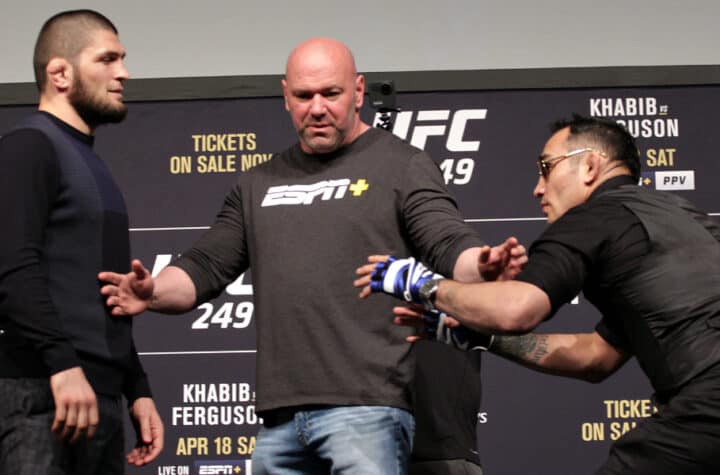