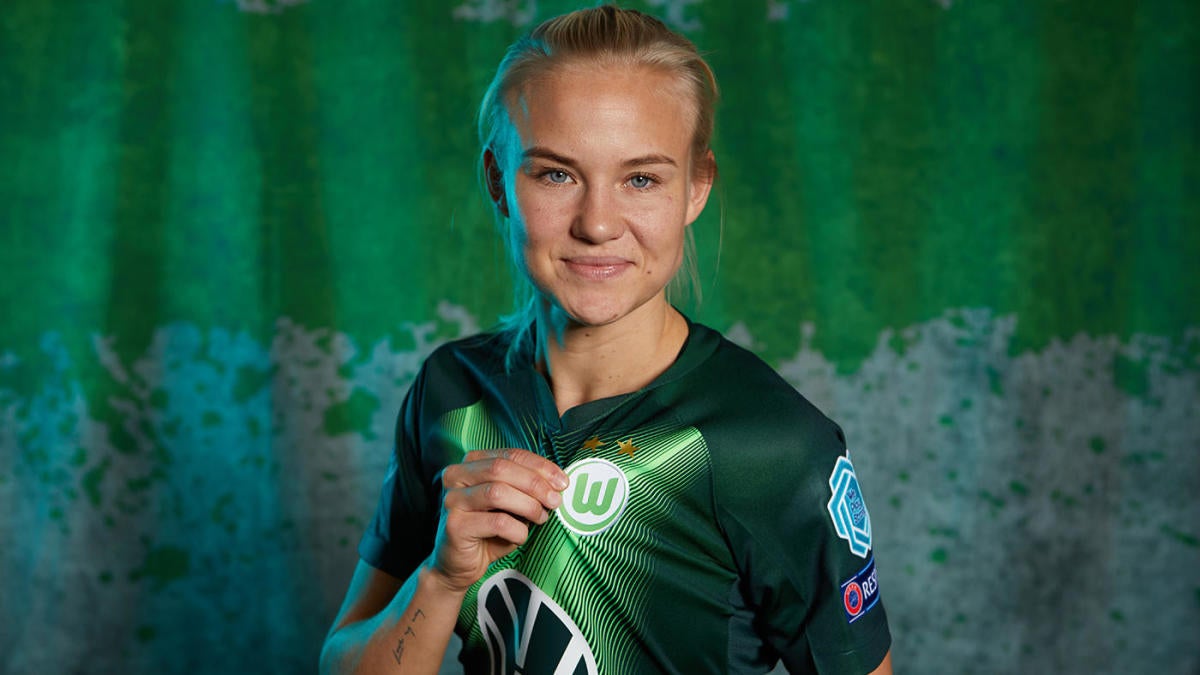 Chelsea FC announced the signing of Pernille Harder on Tuesday to a three-year contract. Harder joins the Blues after spending nearly four years with Wolfsburg.

Despite time remaining on her contract with the German club, she will join the London side immediately, per club release.

The 2018 UEFA Player Of The Year leaves Wolfsburg having scored 103 goals over 113 matches, including 25 Champions League goals over 28 matches. The 27-year-old Danish striker debuted for Denmark’s national team at 16, and has scored 61 goals over 118 national team appearances. She will be joining a Chelsea club that will feature fellow new signee Jessie Fleming. Harder will be an additional lethal option up top with players like Sam Kerr and Beth England

“I’m excited to just play for such a big club, to play with so many amazing players and to also be playing in the league [Women’s Super League],” Harder said in a press release. “The English league, it’s so exciting at the moment and I’m really looking forward to it.”

Harder is coming off a recent Champions League final appearance with Wolfsburg where the team fell to Lyon, 3-1, on Sunday. As Champions League resumed this year after being affected by the coronavirus pandemic, Harder scored an impressive four goals in a quarterfinal against Glasgow City. But she was held scoreless in the semifinal and final.

Her ability to play any role on a top line, while being able to slot in at center attacking mid arguably makes her Chelsea’s most versatile forward option. Harder will join the English side in time for the 2020/21 Barclays FA Women’s Super League season, which begins for the Blues with an away match at Manchester United on Sunday.