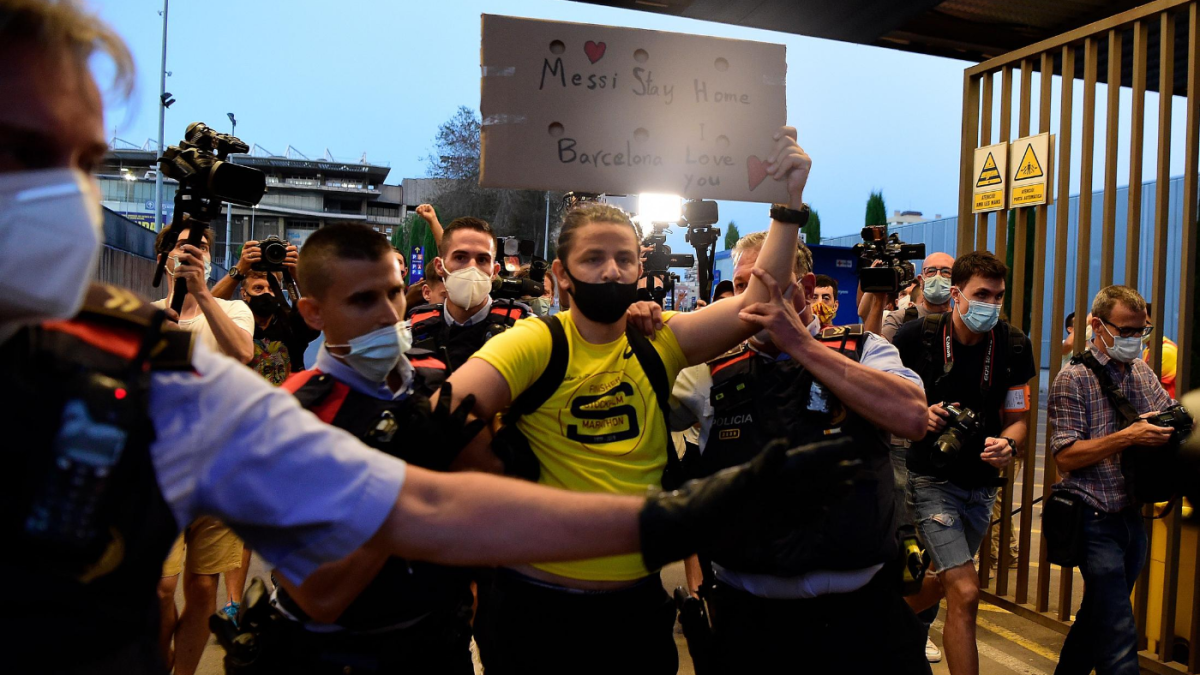 Watch Now: What Does Barcelona Look Like Without Messi? (1:59)

A group of Barcelona supporters marched into Camp Nou, the club’s home stadium, to voice their concerns to president Josep Maria Bartomeu about Lionel Messi’s uncertain future. The Argentine superstar informed the club on Tuesday that he wants out of Barcelona, the only club he’s ever played for in a professional capacity.

Supporters had gathered around the stadium once the news was initially announced that Messi did not want to return to the Catalonian club. But frustrations boiled over and the supporters were able to storm the grounds, as security was unable to stop them.

The reasons supporters are searching for Bartomeu in particular are rather multifaceted, but perhaps the most salient of the bunch is that he created a situation in the club that made it so the greatest player to ever don their colors no longer wants to be there. Other reasons surely include the contentious relationship Messi has had with the executive suite as of late, and the horrendous management of the club’s team in the years since they last won a Champions League final in 2015.

All of these frustrations were exacerbated, of course, by the 8-2 thumping the Catalonian side received in the Champions League semifinal against Bayern Munich earlier this month.