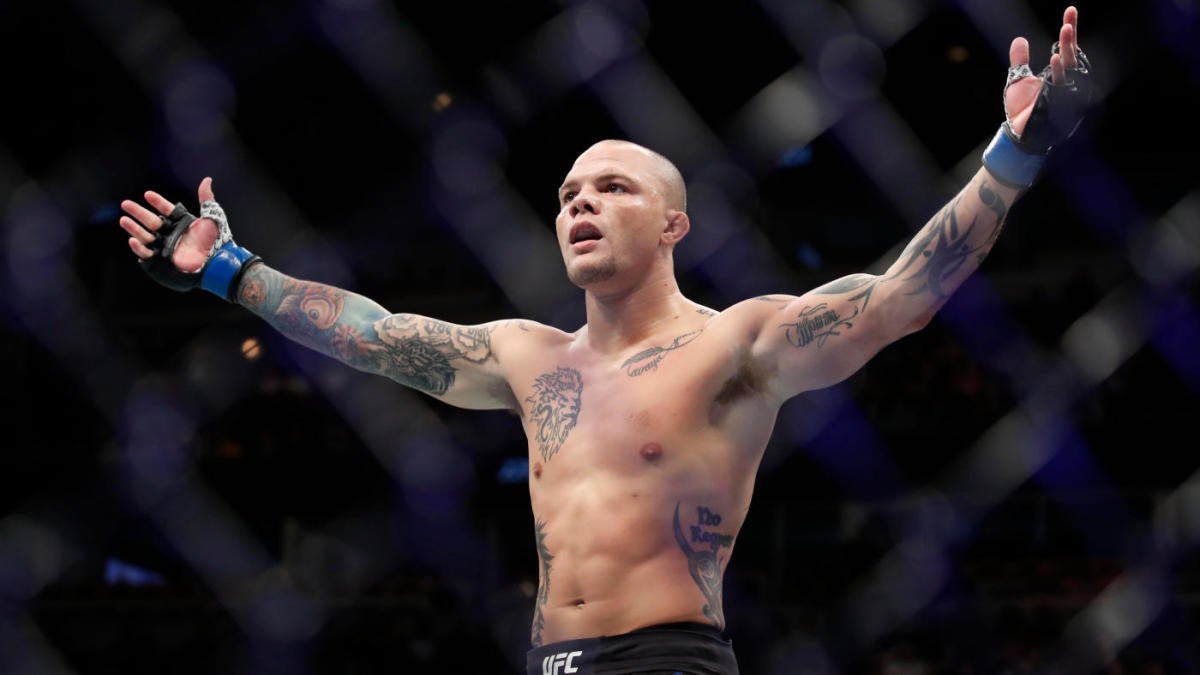 A battle of top-10 light heavyweight contenders tops the UFC Fight Night: Smith vs. Rakic card on Saturday as former title challenger Anthony Smith faces rising prospect Aleksandar Rakic in the main event. Their bout in the suddenly-open division headlines the MMA showcase from the Apex facility in Las Vegas, with the main UFC fight card slated for 9 p.m. ET. The fifth-ranked Smith is a perennial top-five contender known for his grit and resilience. He will likely need to rely on both to get past the No. 8-ranked Rakic, who has climbed the rankings behind a 4-1 mark in the UFC.

Rakic is a -325 favorite (risk $325 to win $100), while Smith is a +265 underdog in the latest UFC Fight Night: Smith vs. Rakic odds from William Hill. In the co-main event, Neil Magny (-230) faces Robbie Lawler (+195) in a matchup of welterweight veterans. Before making any Saturday UFC Fight Night picks, make sure you see what SportsLine MMA analyst Kyle Marley has to say, considering the epic run he’s on.

Over the past 19 months, $100 bettors who have followed Marley’s picks are up nearly $19,000. The accomplished MMA analyst has been on a rock-solid run in 2020 as he has connected on 16 of his last 20 main-event selections, a stretch that included a streak of five straight underdogs. At UFC Fight Night last Saturday, he accurately called a submission win for Joe Solecki (-105) against Austin Hubbard (-115) in a clash of lightweight prospects. Solecki controlled the action from the opening bell and soon secured a standing choke, giving Marley’s followers an easy winner. Anyone who has consistently followed Marley is way up.

Now, with UFC Fight Night: Smith vs. Rakic fast approaching, Marley has carefully studied every matchup on the card, identified the best value in the UFC odds and released his MMA picks for every fight. Those selections are only available here.

Marley knows the bout comes with a keen sense of urgency for Smith (33-15), 32, who has lost two of his past three fights in lopsided fashion. His last appearance resulted in a prolonged beating delivered by No. 4-ranked Glover Teixeira in a bout that many observers believed should have been called off long before it was brought to a merciful end early in the fifth round. Smith also was battered around the Octagon by Jones in his March 2019 title shot.

Even so, “Lionheart” showed his signature fortitude by pulling an upset of former title challenger Alexander Gustafsoon with a fourth-round submission in their June 2019 fight.

Rakic (12-2) lost his professional MMA debut before reeling off eight consecutive stoppage victories. The 28-year-old Austrian fighter made his UFC debut in September 2017 and emerged as a contender behind four straight wins, with two coming inside the distance.

His lone UFC defeat came in a controversial split decision against No. 7-ranked Volkan Oezdemir in December of last year. Still, he was signed to a new six-fight contract in February. You can see Marley’s coveted Smith vs. Rakic picks here.

We’ll share one of Marley’s UFC Fight Night selections here: He is picking Alexa Grasso (-310) to earn a decision victory against Ji Yeon Kim (+255) in a women’s flyweight clash.

Grasso (11-3) has struggled to find traction in the UFC with a 2-3 mark in the promotion following a 9-0 start to her professional MMA career. But the 27-year-old Mexican fighter has been competitive in every bout and has swarmed opponents with her boxing-heavy attack. She dropped a majority decision to contender Carla Esparza in her last fight.

Kim (9-2-2) is 3-2 in five UFC appearances, with the losses coming against contenders Lucie Pudilova and Antonina Shevchenko. The 30-year-old South Korean is coming off perhaps her best outing in the promotion as she notched a second-round knockout of Nadia Kassem in October of last year.

“This is a good matchup for Grasso and she is expected to have a clear edge in striking,” Marley told SportsLine.

How to make UFC Fight Night: Smith vs. Rakic picks

Marley also has strong picks for Smith vs. Rakic and every other bout on the UFC Fight Night card. He is also backing one “dangerous striker” to pull a monumental upset. Those selections are only available here.

Who wins Smith vs. Rakic? And how exactly does each fight end? Visit SportsLine now to get detailed picks on every fight at UFC Fight Night: Smith vs. Rakic, all from the incomparable expert who’s up nearly $19,000 on MMA in the past 18 months and nailed 16 of the last 20 main events, and find out.