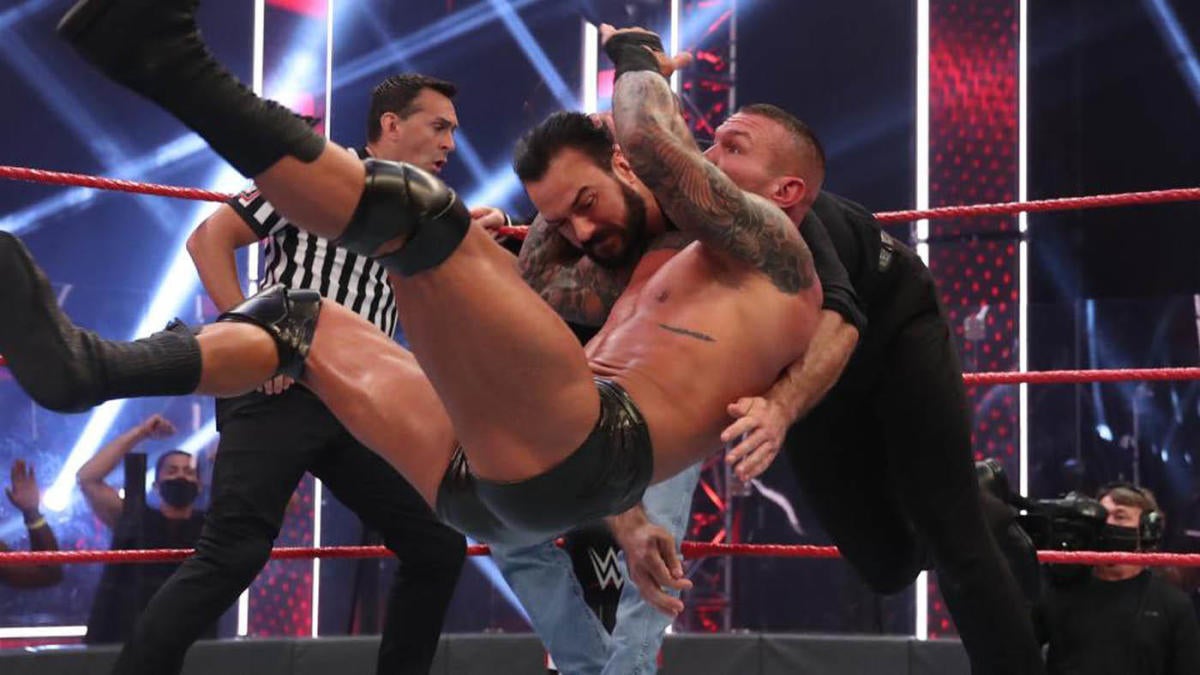 WWE presents one of its marquee events of the year on Sunday night as SummerSlam goes down at the Amway Center in Orlando inside the ThunderDome, which now serves as the setting for WWE television events going forward. As is the case every year, SummerSlam is a loaded show with big stakes on the line up and down the card.

Six title matches are scheduled for the event, including Drew McIntyre putting the WWE championship on the line against Randy Orton, who is on one of the hottest runs of his already legendary career. Also, Braun Strowman will put his WWE universal championship on the line against “The Fiend” Bray Wyatt. Add in Asuka competing in two separate title matches against Bayley and Sasha Banks for the SmackDown and Raw women’s championships, respectively, and there is high potential for this year’s SummerSlam to be a memorable one.

SummerSlam will begin at 7 p.m. ET with the show expected to last approximately three hours, not counting the kickoff show, which starts one hour prior to the main card at 6 p.m. CBS Sports will be with you the entire way on Sunday with live results, highlights and analysis.

Let’s take a closer look at who our CBS Sports experts predict will come out on top at WWE SummerSlam.

A real-life incident involving both women changed the direction of this match and may have led to a different outcome. Originally a Hair vs. Hair match, it now seems to have been given an angle to write Deville out of storylines as she deals with a personal issue. Pick: Mandy Rose wins — Adam Silverstein (also Brent Brookhouse, Jack Crosby)

What this one comes down to for me, personally, is the fact that I can see Andrade and Angel Garza succeeding much more in the near future as singles stars rather than heel tag team champions. They’ve teased some animosity between the two in the recent past as Zelina Vega sometimes struggles to rein them back. Some more miscommunication between the two here leads to The Street Profits retaining and eventually dropping the titles to a more established tag team — maybe even a heel Viking Raiders. Pick: The Street Profits retain the titles — Crosby (also Brookhouse, Silverstein)

I’ve been going back and forth on this one, primarily because I think Crews had done a good job as U.S. champion, and his elevation to that midcard role has proven a good decision. I also hate quick title changes, though I believe that is the direction we are going here. Look for Cedric Alexander, who was overlooked by Crews to join the six-man tag team match last week and won/lost the 24/7 championship in a matter of seconds on Raw, to turn heel and join the Hurt Business — a group that will actually have his back. That will cost Crews the title and prompt a “Payback” match on next week’s show. It’s also a good way to take the title off Crews without hurting someone who has been built well with a clean loss. Pick: MVP wins the title — Silverstein (also Brookhouse, Crosby)

I’m laying down this pick based off roughly 30 seconds of promo work where Bayley and Sasha Banks went back and forth on who should wrestle Asuka first before Bayley agreed that she would be the first woman up. The line there becomes a fresh Asuka beats Bayley, Banks retains later in the evening and a jealous and frustrated Bayley lights the fuse on the long-awaited feud, with a tag title loss at Payback pushing things over the edge. Pick: Asuka wins the title — Brookhouse

Over the past nine months or so, we have seen Bayley and Banks become arguably the most entertaining part of WWE’s product. Each are doing the best work of their careers, and the decision to hold off a teased split has ultimately been a good one. But that split needs to come, and I think we see the first significant crack of it on Sunday night. Bayley fights first at SummerSlam and retains her title with Banks’ help; however, later in the night when Bayley tries to help Banks, she fails and it results in Banks dropping the title. Bayley already indicated last week in a key backstage moment that the SmackDown title is “important” to her while Banks’ solo success is not. Banks has been giving us numerous teases of an eventual split over the last 5-6 months, and while I doubt it pops off Sunday, I believe the first significant crack in their relationship will form with the second being the loss of the tag team titles next week. Pick: Bayley retains the title — Silverstein (also Crosby)

Under the same logic as the earlier pick that Asuka beats Bayley, I’m rolling with the idea of Asuka being depleted from beating Bayley earlier in the evening and Banks being able to take advantage of the situation to leave SummerSlam as the sole singles champion in the team. Banks might retain with an assist from Bayley, but things won’t be good between the pair for long. Pick: Sasha Banks retains the title — Brookhouse

Prior to this bout, Bayley will find a way to finally get past Asuka through some nefarious means to retain the SmackDown women’s title. Her cohort Banks, however, will not be so fortunate. Asuka will take back her Raw women’s title and give us all the title feud with Shayna Baszler we want to see on Monday nights. Meanwhile, hopefully Banks’ failure helps kickstart the breakup with Bayley as they head toward defending their tag titles a week later at Payback. Pick: Asuka wins the title — Crosby (also Silverstein)

Sure, it would make sense to have Dominik win his first official WWE match. But my spidey senses started tingling when Rey said he would be ringside for the match. Not that Rey would cost Dominik or anything silly, but just the idea that things were lining up too well for Dominik. With Payback set for a week later, this feels a lot like a situation where Rollins gets some sort of cheap win as chaos breaks out between Seth, Dominik, Rey and Murphy only to set Dominik up for revenge at Payback. Pick: Seth Rollins wins — Brookhouse

Over the past few weeks during this build, I had been heavily leaning toward Rollins coming out on top. That changed this past Monday on Raw, however, when it was revealed that Rey Mysterio would be in Dominik’s corner. If there is one feel-good moment on this show that I’d be comfortable putting money on, it’s father and son standing tall after vanquishing the dastardly Messiah that has caused so much hurt to their family recently. Dominik Mysterio officially gets his career as a WWE superstar kickstarted on a high note. Pick: Dominik Mysterio wins — Crosby (also Silverstein)

It’s finally time to put this feud to bed. Strowman has gotten past Regular Bray and Wyatt Family Bray, and now has brought out The Fiend. While Strowman has countered by becoming “The Monster,” the clear plan has seemed to be Wyatt winning the title back when The Fiend re-emerged. Payback hanging over SummerSlam adds levels of uncertainty to every match, including this one. The first meeting of The Fiend and The Monster could well end without a clear winner, just for things to get sorted the following week. But if there’s a winner on Sunday, it will be The Fiend. Pick: “The Fiend” Bray Wyatt wins the title — Brookhouse (also Silverstein, Crosby)

Orton has been on an absolute heater, and it would certainly be understandable if the decision was made to slap the title on him. But I just can’t shake the fact that WWE had a lengthy run planned for McIntyre on the heels of him defeating Brock Lesnar in such convincing fashion at WrestleMania, and it won’t — and shouldn’t — waver from those plans. Chalk another notable defense up for the champ. Pick: Drew McIntyre retains the title — Crosby

There are so many ways to look at the booking of this match. My contention for the last couple months is that Orton is the only reasonable person to take the title off McIntyre unless WWE plans to expand his reign past Survivor Series. Orton is arguably doing the best work of his career, he’s still one of WWE’s most popular superstars and McIntyre has beaten every other legitimate heel on Raw. But believe or not, the WWE ThunderDome affected my thinking.

With McIntyre never getting a true “crowning” moment and yet to feel the actual adulation of WWE fans, the ThunderDome provides the opportunity for McIntyre to get the “WrestleMania moment” he did not get at WrestleMania. Is that enough for WWE to either change its plans or keep him champion? I’m not sure. It would be disingenuous to change my long-term prediction, so I’ll stick with Orton taking the title off McIntyre only for him to win it back a few months from now. But I can certainly see why a retention may be booked. Pick: Randy Orton wins the title — Silverstein (also Brookhouse)