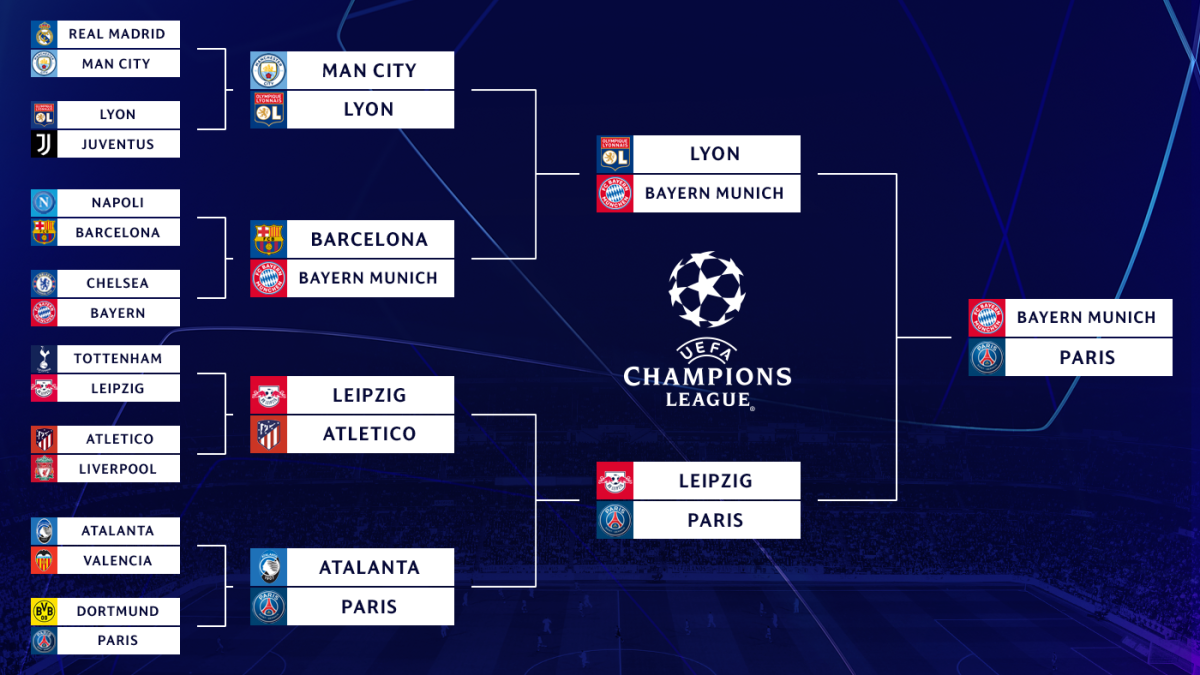 The UEFA Champions League will come to an emphatic close Sunday, as the final wraps up the competition’s unprecedented August restart. We’ll be treated to a clash of titans as first-time finalists Paris Saint-Germain square off against five-time winners Bayern Munich in Lisbon, Portugal, on Sunday. You can stream directly on CBS All Access or watch on CBS Sports Network.

It’s the second time we’ll see a German club and a French club meet in the final, and the first time since 1975-76 when Bayern defeated Saint Etienne. It’s also a battle between two German coaches as Thomas Tuchel and Hansi Flick seek their first Champions League title.

You will find a complete look at the schedule for the rest of the tournament by clicking here. You can stream every match on CBS All Access. Sign up now and enjoy one month of CBS All Access for free ahead of the opening match.

For now, here’s a look at the bracket and how things are set to play out.