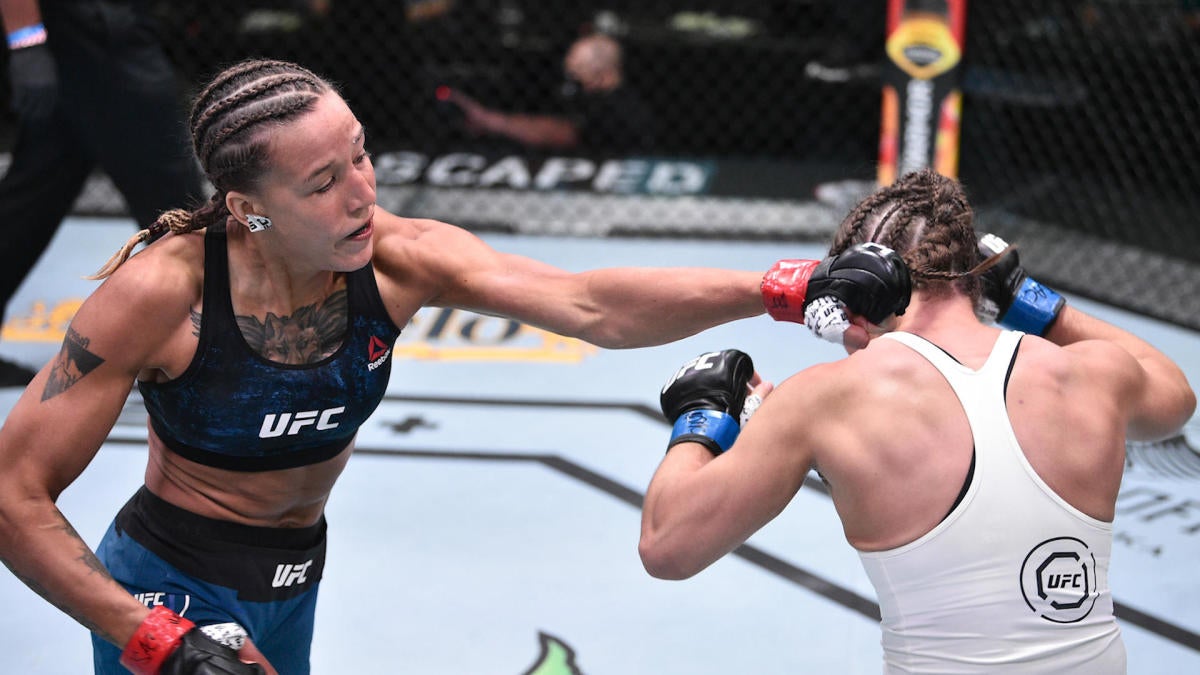 Former UFC lightweight champion Frankie Edgar has lost three of his last four fights, but after signing a new multi-fight contract with the company, he’s dropping weight classes for a second time to make his bantamweight debut against Pedro Munhoz on Saturday at UFC Fight Night: Munhoz vs. Edgar. The bout was originally scheduled for July 15, but was moved to Aug. 22 after Munhoz tested positive for COVID-19. Now UFC daily Fantasy players will be wondering if Edgar can find his stride again at 125 pounds after two losses in title fights at 135 pounds.

Meanwhile, the UFC DFS fighter pool for Saturday is full of promising prospects like Alonzo Menifield, Takashi Sato, Austin Hubbard and Timur Valiev. But which of those up-and-comers be in your UFC DFS lineups for Saturday with plenty on the line in UFC DFS tournaments, cash games and 50-50s on FanDuel and DraftKings? Before making your UFC DFS picks for Saturday, be sure to see the latest UFC DFS advice from SportsLine’s Mike McClure.

At UFC 252 last Saturday, McClure was all over Virna Jandiroba as one of his top picks. The result: Jandiroba scored a first-round submission win over Felice Herrig, and anybody who followed McClure’s advice was well on their way to building a winning lineup.

Now, McClure has set his sights on Saturday’s stacked UFC Fight Night: Munhoz vs. Edgar card. You can only see his optimal UFC DFS picks and strategy here.

For UFC Fight Night: Munhoz vs. Edgar, McClure is high on Mariya Agapova at $9,300 on DraftKings and $19 on FanDuel. The 23-year-old from Kazakhstan made her UFC debut in June and impressed immensely with a first-round submission of Hannah Cifers to move to 9-1 in her career.

Now she’ll take on Shana Dobson in a women’s flyweight bout on Saturday in what appears to be a stepping-stone fight. Dobson has lost her last three fights in the UFC, including a first-round knockout at the hands Priscila Cachoeira in February. With three wins by knockout and four wins by submission in her career, Agapova has multiple ways to earn an early stoppage on Saturday.

Part of McClure’s optimal UFC DFS strategy also includes rostering Joe Solecki ($8,400 on DraftKings, $16 on FanDuel). The 26-year-old American will take on another talented prospect on Saturday in a lightweight battle with Austin Hubbard on the preliminary card.

Solecki fought his way into the UFC with a first-round submission win over James Wallace last July on Dana White’s Contender Series and then won his UFC debut with a decision victory over Matt Wiman. Solecki landed a whopping 80 percent of the significant strikes he threw in that fight and also stuck four of his five takedown attempts to win in dominant fashion.

So what are the optimal DraftKings and FanDuel picks for UFC Fight Night: Munhoz vs. Edgar on Saturday? And which value fighter needs to be in your lineup? Visit SportsLine now to see DFS millionaire Mike McClure’s complete optimal picks for Saturday’s UFC Fight Night card and cash in big on MMA DFS.