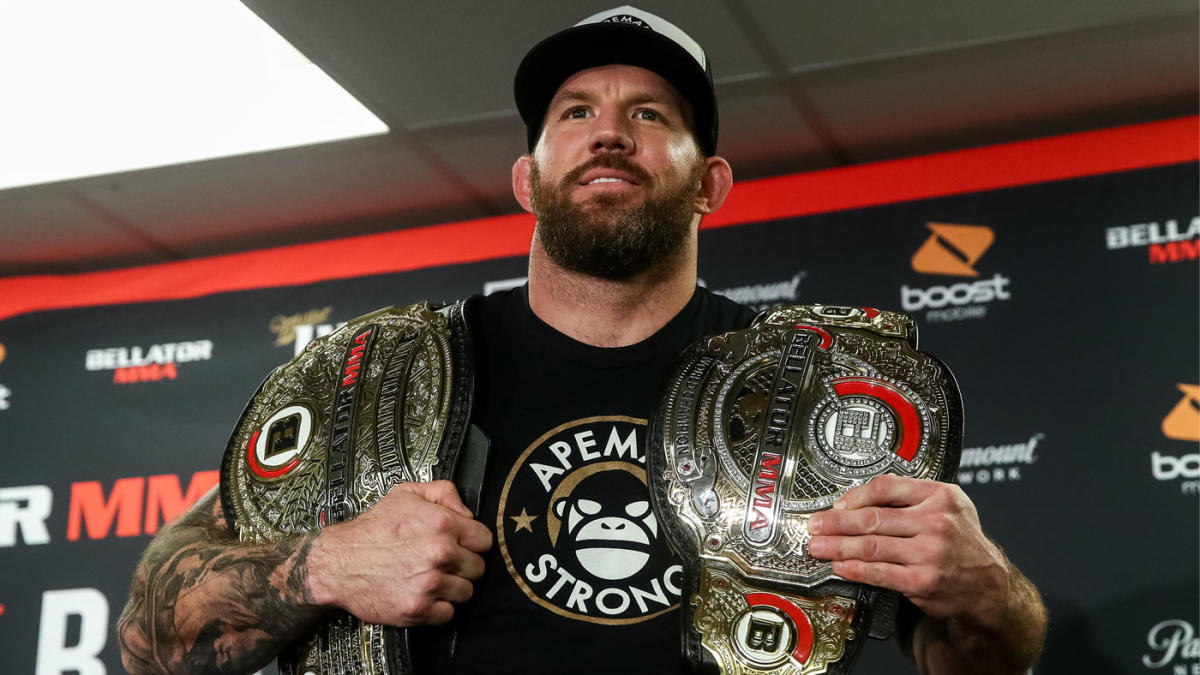 For the first time in nearly a full decade, neither Jon Jones nor bitter rival Daniel Cormier can lay claim to being the best 205-pound fighter in the world.

Jones, 33, announced earlier this week he was vacating his UFC light heavyweight title for a long-awaited move up to heavyweight. It’s the same division where the 41-year-old Cormier, a former two-division UFC champion, just retired from after losing his title trilogy to Stipe Miocic.

Although UFC has plans for a vacant light heavyweight title bout on Sept. 26 between top contenders Dominick Reyes and Jan Blachowicz to, in theory, crown the world’s new best in class for the division, there’s a case to be made that fighter already exists outside the walls of the Octagon.

In fact, it’s a case best made by the specific fighter in question, Bellator MMA two-division champion and UFC veteran Ryan Bader.

Can’t get enough MMA? Subscribe to our podcast State of Combat with Brian Campbell where we break down everything you need to know in the Octagon, including a preview of Bellator 244 with Rashad Evans below.

There’s no mistaking just how strong of a case the 37-year-old Bader, who returns Friday to defend his light heavyweight title against Vadim Nemkov at Bellator 244 (Paramount Network/DAZN, 10 p.m. ET) truly has.

After capturing the Bellator 205-pound title in 2017 in just his second fight after exiting UFC as a free agent, Bader (27-5, 1 NC) moved up to heavyweight and added a second title by winning the Bellator Heavyweight World Grand Prix.

Long one of the most consistent 205-pound fighters in the world, Bader holds career wins over a who’s who in the division’s history including Keith Jardine, Antonio Rogerio Nogueira (twice), Quinton “Rampage” Jackson, Rafael Cavalcante, Ovince Saint Preux, Phil Davis (twice), Rashad Evans and Muhammed “King Mo” Lawal. But history has very little to do with who is the best today and that’s where Bader holds up just as well.

Known originally for his wrestling prowess, the striker Bader has evolved into late in his career, particularly through six fights with Bellator, has been nothing short of impressive. The ease in which Bader knocked out both Lawal and Russian heavyweight legend Fedor Emelianenko with one punch by disguising his sneaky left hook spoke volumes to his evolution.

“I came into this game a wrestler and that was pretty much it,” Bader said. “I was tough, I could take a guy down and beat him up. I threw a good overhand right. It really wasn’t until halfway through my career that I learned had to jab and to box and to kickbox. I’m just continuing to just progress anytime.

“Being 37, I feel the best I have ever felt in my career and I contribute that to being consistent, always being in the gym and trying to get better. My wrestling actually helps my striking and my striking helps my wrestling. I just learned how to put it all together through synergy.”