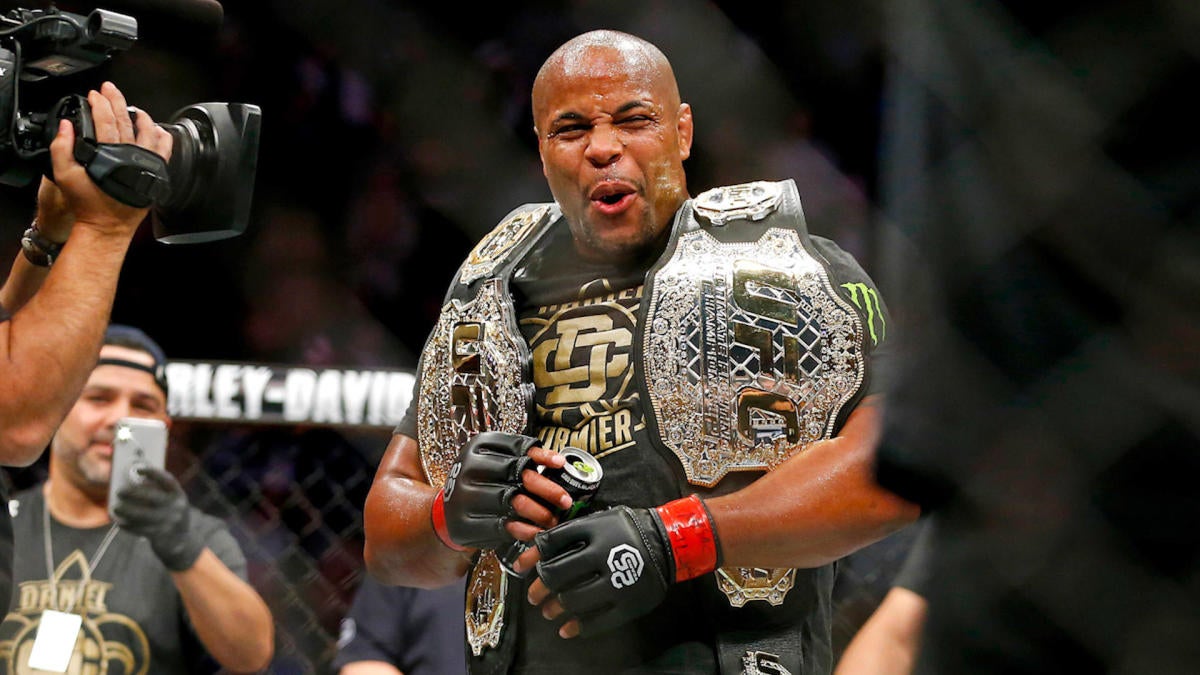 Daniel Cormier says a loss on Saturday would haunt him for the rest of his days, and he refuses to let himself live with that burden. The iconic former two-division champion holds this fate in his hands when he walks to the Octagon for the final time on Saturday against Stipe Miocic for their trilogy bout to headline UFC 252. The event takes place at the Apex facility in Las Vegas and the main UFC 252 fight card is slated for 10 p.m. ET. Cormier has insisted that, win or lose, Saturday’s fight will be his last as a professional.

He believes his relentless desire to go out on top will be the difference, but Miocic has a similar self-belief system and took the upper hand with a win in their previous meeting. Cormier is a -115 favorite (risk $115 to win $100), while Miocic is listed at -105 in the latest Miocic vs. Cormer odds at William Hill. In the co-main event, bantamweight prospect Sean O’Malley (-330) faces Marlon Vera (+270). Before locking in your UFC 252 picks, make sure you see what SportsLine MMA expert Brandon Wise has to say.

Since the UFC returned following a two-month period of inactivity due to the coronavirus pandemic, he has gone 40-21, while nailing the method of victory a remarkable 27 times. Wise kept his 2020 hot streak going last week by telling SportsLine members to expect an early knockout from Derrick Lewis (-200) against Aleksei Oleinik (+175) in the heavyweight main event. Anyone who has followed him is way up.

Now, with UFC 252 fast approaching, Wise has carefully studied every matchup on the main card, identified the best value in the UFC 252 odds and released his MMA picks for each fight. He’s only sharing those selections here.

Wise knows the main event will produce the defining moment for the careers of each fighter. Both have repeatedly said they are the better fighter after they split a pair of bouts. The winner of their trilogy fight will get the final say in this dispute.

The former friendly contemporaries started what has become a heated rivalry after Cormier stopped Miocic’s run of heavyweight title defenses with a stunning first-round knockout in July 2018. In doing so, he joined elite company as a rare two-division champion. The others are Conor McGregor, Amanda Nunes and Henry Cejudo.

Cormier (22-2-1), 41, defended the title once against Derrick Lewis and Miocic fumed as the champion pursued a bout with Brock Lesnar as opposed to agreeing to a rematch. When the Lesnar fight fell through, Cormier signed for the rematch and Miocic got his revenge with a fourth-round stoppage in August of last year.

The understated Miocic (19-3), 37, believes a second win over Cormier might finally garner the respect he deserves. The Ohio native’s six-fight win streak before his loss to Cormier included victories over former champions such as Fabricio Werdum and Junior Dos Santos. He also defeated the previously unbeaten Francis Ngannou, who is now the second-ranked contender. You can see Wise’s Miocic vs. Cormier picks here.

We’ll share one of Wise’s UFC 252 main-card selections here: He is backing Junior Dos Santos (+135) to pull the upset of Jairzinho Rozenstruik (-155) in a matchup of ranked heavyweights. The winner will be in the mix for a title amid a top-heavy division.

The fifth-ranked Dos Santos (21-7) is widely considered one of the top athletes the heavyweight division has ever seen because of his agility, speed and boxing ability. The Brazilian briefly held the heavyweight belt and has twice come up short in subsequent title shots. He remains in the top five despite back-to-back stoppage defeats.

Rozenstruik (10-1), ranked No. 6, made a strong impression with four consecutive stoppage victories to start his UFC career. But he lasted just 20 seconds before absorbing the short end of a knockout blow by second-rated Francis Ngannou in May.

“Dos Santos has proven time and again an ability to bounce back from losses, and I expect more of the same this week,” Wise told SportsLine.

Wise also has strong picks for Miocic vs. Cormier and every other bout on the main UFC 252 card. He’s also backing one fighter to score a “highlight-reel knockout.” You can only see those selections here.

Who wins Miocic vs. Cormier at UFC 252? And how exactly does each main-card fight end? Visit SportsLine now to get detailed picks on every fight on the UFC 252 main card, all from the accomplished expert who has been profitable for five straight years, and find out.