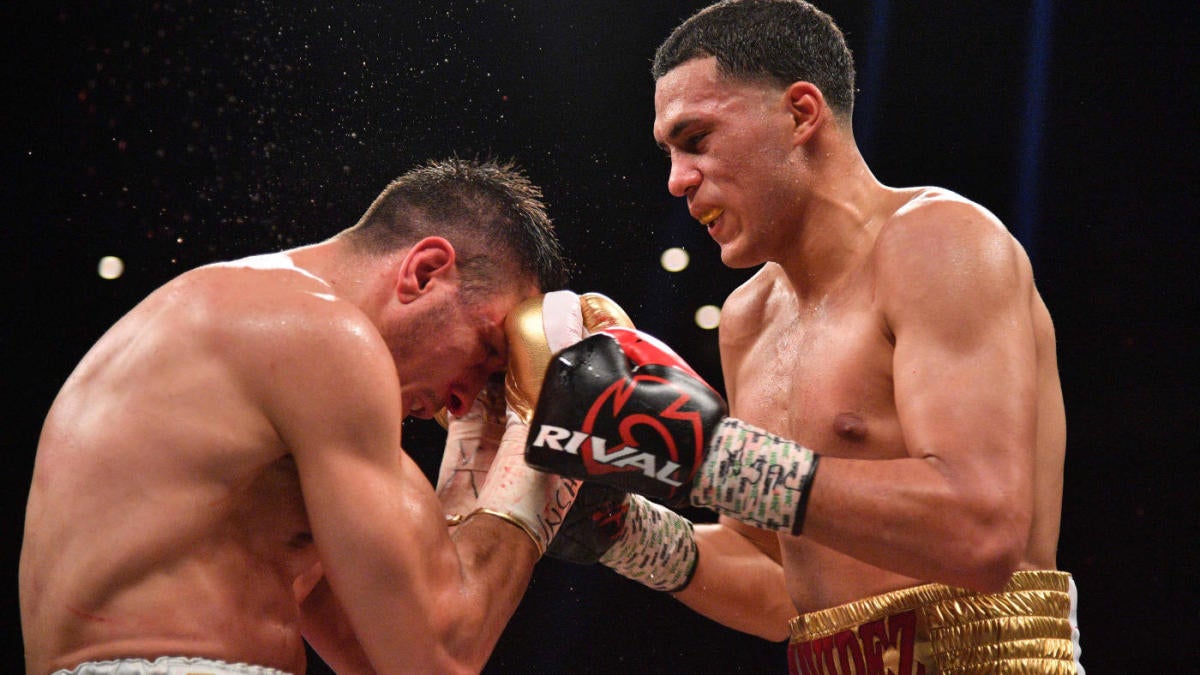 David Benavidez returns to the ring for the first time in 11 months Saturday in what was supposed to be a title defense versus Roamer Alexis Angulo. Benavidez, however, missed weight by 2.8 pounds Friday and saw his title vacated. The fight will go on, however, with only Angulo able to claim the belt with a victory. Airing on Showtime, Benavidez vs. Angulo highlights an attractive main card starting at 9 p.m. ET from Mohegan Sun Casino in Uncasville, Conn.

In the co-feature, Rolando “Rolly” Romero fights fellow unbeaten Jackson Marinez for the interim WBA lightweight title. Benavidez, a 23-year-old American, enters 22-0 with 19 knockouts but is returning from a long layoff. William Hill lists him as a -800 favorite (risk $800 to win $100) in the latest Benavidez vs. Angulo odds, with the 36-year-old Colombian getting +550 (risk $100 to win $550) as the underdog. Before making any Benavidez vs. Angulo picks, see the latest Showtime boxing predictions from SportsLine analyst Peter Kahn.

Not surprisingly, Kahn is uncanny when it comes to picking fights. He is a stunning 16-0 on his SportsLine boxing picks since the hiatus due to the coronavirus pandemic, including a 9-0 sweep last month to extend his highly-profitable run.

Last year, Kahn called Deontay Wilder knocking out Dominic Breazeale in the first round, a massive 22-1 long shot bet. “Based on everything Wilder has expressed leading up to the fight and his true dislike and beef with Breazeale, expect Wilder to come out and try to get rid of him early to make a statement,” Kahn told readers. The result: Wilder ended it at the 2:17 mark with a violent one-punch knockout, and everyone who followed Kahn’s advice cashed huge.

Now, with Saturday’s Showtime boxing card fast approaching, Kahn has studied Benavidez vs. Angulo from every angle, identified the best value in the boxing odds and released a highly confident pick. Head to SportsLine to see all of his boxing picks.

Benavidez, a two-time world titlist, has not fought since his ninth-round knockout of Anthony Dirrell last September.

“I feel amazing,” he told reporters. “Our preparation has been very good and everything has gone smoothly. We had private sessions in our gym, so we had sparring and everything we needed. I’m very close to weight right now and I’m ready to defend my title on Saturday.”

Angulo is coming off a January upset of Anthony Sims Jr. and cannot be discounted. He is 26-1 with 22 knockouts.

“Angulo is durable, heavy-handed and does not have a lot of wear and tear on him; he’s coming off a strong victory over another previously unbeaten fighter,” Kahn told SportsLine. “He’s going to try to smother Benavidez and steal rounds along the way.”

How to make Benavidez vs. Angulo picks

For Saturday’s card, Kahn likes the powerful Rolando “Rolly” Romero (11-0, 10 KOs) to beat Jackson Marinez (19-0, 7 KOs) for the WBA lightweight interim title. But he has an even stronger pick on Benavidez vs. Angulo, and he’s also predicting exactly how long that fight lasts. You can see his picks, including his prediction on how long the fight lasts, right here.

Who wins Benavidez vs. Angulo? And exactly how long does the fight last? Visit SportsLine now to see Peter Kahn’s best bet for Saturday, all from the fight game manager who’s 16-0 on boxing picks since the sport returned, and find out.