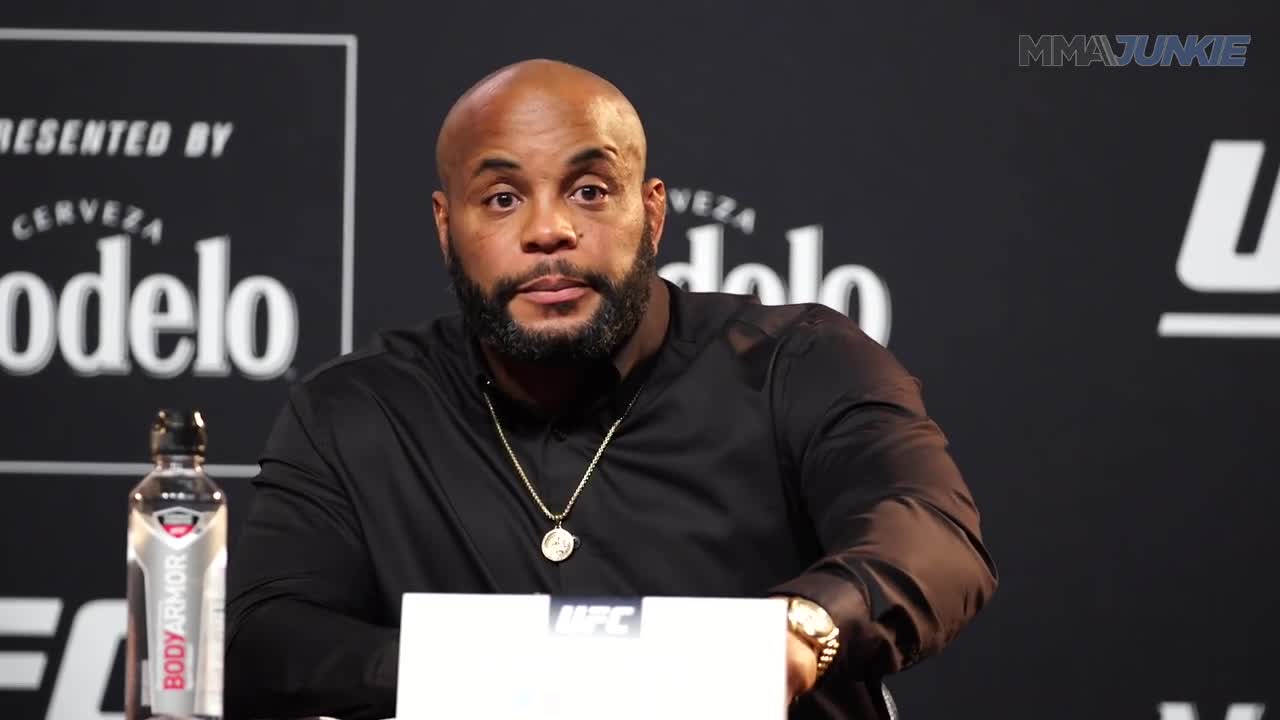 Regardless of how the bout turns out Saturday, Cormier’s had a career that had to exceed even his wildest expectations. He’s 22-2 with a no-contest and has wins over a long list of elite opponents.

The promotion for UFC 252 has been almost like a celebration of Cormier’s career and his ever-growing impact upon the sport.

But if he loses to Miocic, that will put him in an awkward position as he heads into retirement: He’ll be 1-2 against Miocic and he lost both of his bouts against his most bitter rival, light heavyweight champion Jon Jones.

The second of those losses to Jones was changed to a no-contest because Jones failed an anti-doping test, but the world knows what happened in that fight. And after a lengthy set of appeals, Jones was found to not have committed a knowing violation and the amount of the banned substance he had in his system did not give him a performance-enhancing advantage.

Cormier has made up his mind to walk away no matter what, even knowing he could essentially wind up 1-4 against the two best men he faced.

“I’m a guy with a big ego and that would suck,” Cormier said when asked about that possibility. “I’ve got to be honest. To think that there would be two guys in my career that were better than me and I had multiple chances to beat them and I didn’t get it done, yeah, that would suck.”

But Cormier may also walk out of that cage on Saturday as a two-time heavyweight champion, acknowledged as the greatest heavyweight in MMA history and as one of the five best pound-for-pound fighters ever.

He’s had few easy outings. If it were not for Jones failing an anti-doping test before UFC 200, Cormier would have fought for a championship in that bout, which would make Saturday’s fight his 11th consecutive title bout. Instead, when Jones was yanked from the fight, he defeated Anderson Silva in a non-title match.

But in a span of 68 months, stretching back to UFC 182 when he first challenged Jones for the light heavyweight title, the Silva bout is the only non-title fight Cormier’s had.

He’s in that position, though, because not only is he a uniquely talented athlete, he’s put everything he’s had into maximizing his physical gifts.

“You know, Dana [White, the UFC president] didn’t just go, ‘D.C. I love you. You’re a great guy. Fight for all these championships,’” Cormier said. “I earned these opportunities. All these tough guys I’ve fought — again, 10 title fights in a row — that’s all earned. It’s not that they like me. These guys are not my friends to the point that they just give me championship fights.

“I train, I fight and I win. That’s why I continue to find myself in this position. All of this pressure that’s on me, it’s earned. The pressure of fighting a guy like Stipe Miocic, the pressure of fighting a guy like Jon Jones twice. … When Jones beat me and he got in trouble, I beat everybody else until he got back. Then I beat everybody else against until I fought Stipe. All this s—’s earned, man. It’s not given and I think people need to recognize and realize that.”

Cormier was asked about walking away as a Black man in a sport which isn’t hugely popular with Blacks and what that would mean for him, especially in the Black Lives Matter era.

He nailed his answer, and as he talked, showed not only how much the sport has grown, but how much of a mainstream star he’s become.

“It’s massive,” he said. “What’s been great for me is that when I was fighting initially, the Black community was one area we really wanted to break into in mixed martial arts. I would walk the streets and people would say hi to me, but there wasn’t as many Black people as I would have liked. I fought Jon Jones, and more people started to pay attention. Now, I feel support from the Black community: Black athletes, actors, more than anything that I’ve ever felt.

“People are aware of the UFC now, and I’m happy that I’ve been a guy that they can relate to and want to support. I’ve gotten messages from so many guys in the NBA bubble during this fight camp and over the course of this week. I’ve gotten messages from actors and actresses as they prepare for the fight this weekend. People are taking notice, and that was one area we kind of wanted to touch and break more into. I feel we’re finally doing that.”

Cormier’s not only been a great fighter, but he’s been a class act and a role model, not only for Blacks but for people of all races.

But he knows the deal: They love you when you win; when you lose, not so much.

So despite everything he’s already done, the pressure on his shoulders is massive.

It’s part of what you learn en route to being one of the greatest in your sport’s history.

“You have to be comfortable walking away on top, when you’re the best in the world, or you’re going to end up being that guy fighting on the prelims,” he said.

It’s been a long time since he fought on the prelims. Never, again, will he do so.