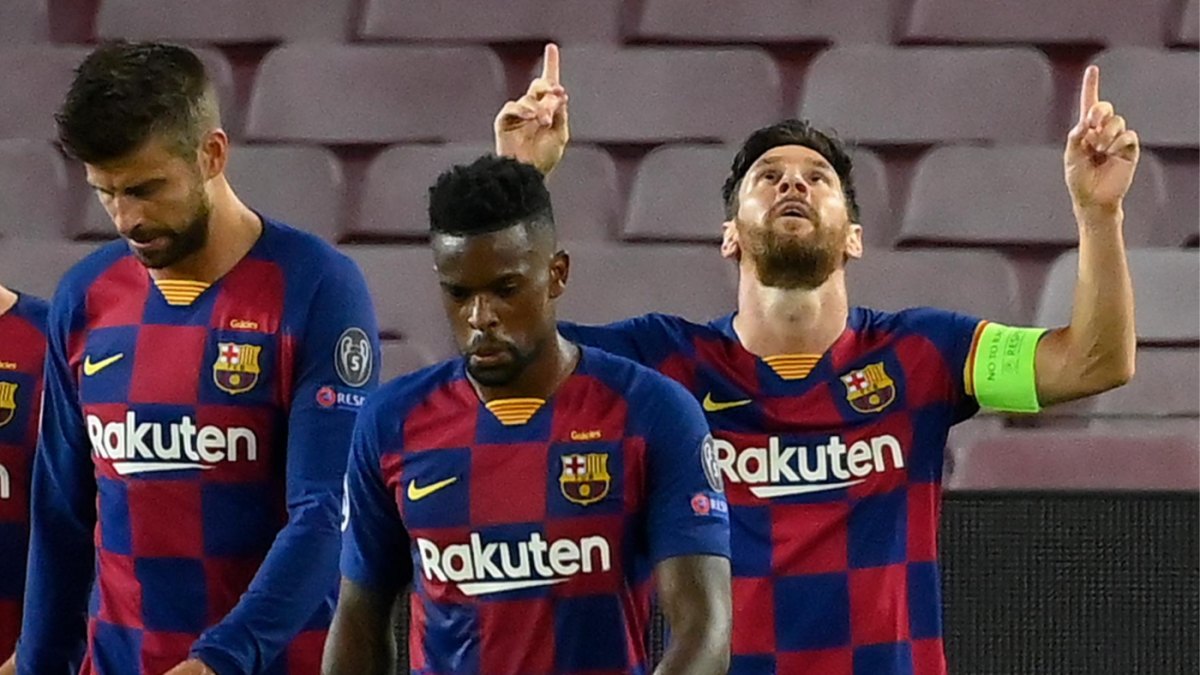 It’s a match fit for a European final between two titans of world soccer. It’s a game that features global brands, superstars of the sport and as much history as any recent Champions League showdown. But Friday’s Champions League quarterfinal — which you can stream exclusively on CBS All Access (pregame coverage starts at 1:30 p.m. ET) — between Barcelona and Bayern Munich feels much different than most meetings they’ve had in the last two decades. We think of these two at the top of their games almost always, but Barca clearly are not entering the showdown.

Barcelona have stumbled of late, losing La Liga to Real Madrid after winning just five out of their last nine matches. Meanwhile, Bayern Munich have won 19 games in a row, taken the Bundesliga and German Cup and enter this one as the favorite.

So what exactly are Barca up against and what must they do to move on? Here’s what to know:

Why are Barcelona the underdog?

It’s quite simple, really. Barca have been inconsistent since play resumed in June while Bayern have been the strongest team in the world, which obviously makes them the favorite. Bayern Munich is a -106 favorite, per William Hill Sportsbook, while Barca have +255 odds to win.

Forget that Bayern have won 19 games in a row — they are actually unbeaten in their last 24 games and are conceding 0.54 goals per game while scoring 65 goals in those games. They’ve been dominant, have blown opponents out of the water and are arguably the strongest team left standing. While Bayern have been perfect, Barca have lost to Osasuna and drawn Celta Vigo down the stretch to concede the league title to their bitter rivals.

What do Bayern do so well?

Bayern dominate on both ends, but when you look closer you can see what makes them effective. They love to hold on to the ball, and when you do that, it’s obviously harder for the opposing team to score. They usually have more possession than the other team, but what the attack does to create chances is the key.

Here’s a highlight from Bayern’s 4-1 win over Chelsea in their round of 16 second leg last week. Take a look at the fast passing, and how star striker Robert Lewandowski sees the space in defense, makes the perfect run and is found after some quick passing that shows just how in sync they are:

Here’s another clip from the same game when Corentin Tolisso scored for Bayern. Again, Chelsea’s defense leaves space, and he makes the run into the heart of the box.

So what does this have to do with Barca? Well, Barca have a defense that, at times, shows a lack of focus and keeping shape, allowing players to find that space and create chances. If they aren’t sharp throughout, this could get ugly.

Bayern can break you down if you play fantastic defense, but if you give them space, they will ruthlessly hurt you. Barca must be careful.

What must Barca do to beat them?

Defensively, Barca have to be very cautious because Bayern can beat you in a variety of ways. Keeping shape, staying compact defensively and tracking runners will be crucial.

Just look at the positioning of Jordi Alba here in the 3-1 win over Napoli last week in the round of 16 second leg. Do that against Bayern, and they will exploit it. He’s in the red circle, and the blue circle is where he should be.

But of course, you can’t win if you don’t score. Barca should feel confident in seeing a good bit of the ball, but it won’t come easy. While Lionel Messi has the magic to turn a game on its head at any moment, chances are something else will have to give. Be it an unexpected, strong showing from Antoine Griezmann or Luis Suarez playing like it’s 2016, who will step up alongside Messi? For that to even matter, the defense must come to play.

It’s hard to envision a Barca team having to focus on defense first, but Bayern posses more of a threat than any team Quique Setien’s team has faced this season. Barca will get their chances, and they’ll get forward to impose their will, but Bayern will probably get more opportunities, and Barca’s defense has to be perfect. Barca have to limit mistakes and play with caution to have any chance of moving on.