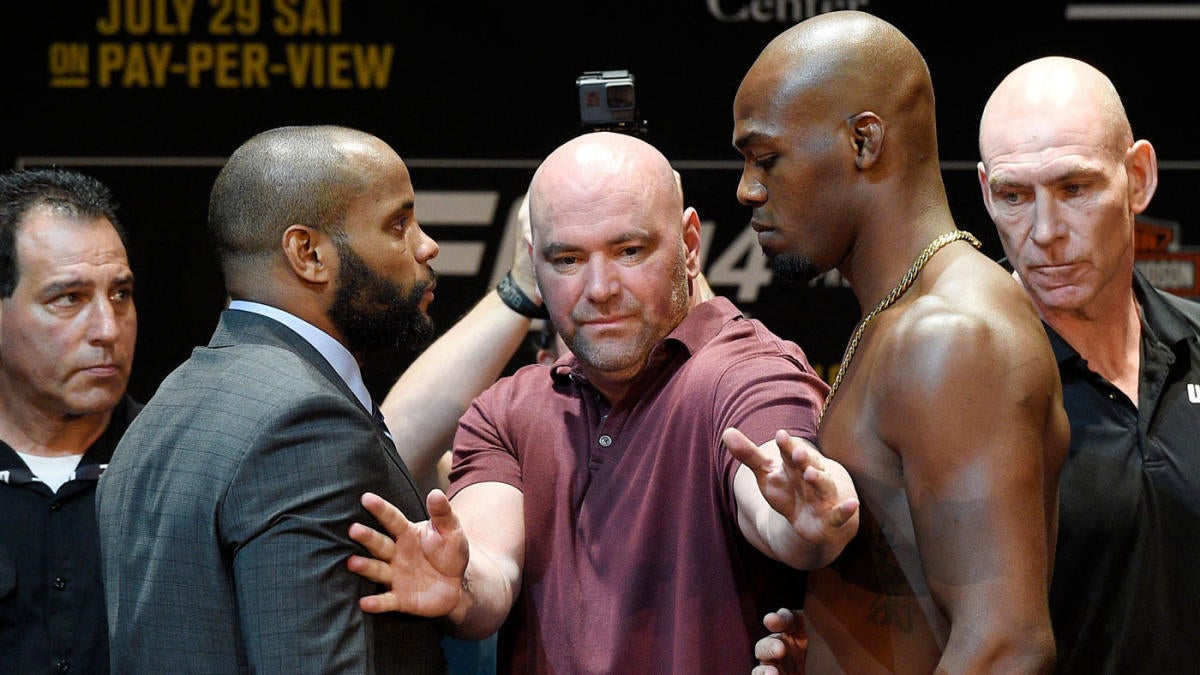 If there’s one thing Daniel Cormier’s return heavyweight late in his career has done, aside from lifting him to near immortal status as a two-division UFC champion, has been the separation created within his legacy from him and bitter rival Jon Jones.

Cormier may have captured the UFC title at 205 pounds, but he never beat Jones to get there and came up empty twice against quite possibly the sport’s greatest fighter to enter the Octagon. But knocking out Stipe Miocic and becoming the first UFC fighter to defend titles in two divisions helped lessen the idea that Cormier was merely Jones’ most celebrated B-side and bridesmaid.

Entering Saturday’s UFC 252 pay-per-view main event when he squares off with Miocic (19-3) in Las Vegas for a third time, there are reasons to wonder whether their battle to declare the greatest UFC fighter in heavyweight history might also decide something else.

Considering the competitive nature of their trilogy and the fact that both had already established their career legacies as all-time greats before they ever traded knockout wins, will Miocic go down as the defining rival in Cormier’s career regardless of the fight’s outcome?

Cormier (22-2, 1 NC), who appeared on the CBS Sports’ “State of Combat” podcast this week, doesn’t believe that will be the case.

Can’t get enough UFC? Subscribe to our podcast State of Combat with Brian Campbell where we break down everything you need to know in the Octagon.

“I believe that Stipe and I will always be a great rivalry in mixed martial arts, even after I win the fight on Saturday. But the reality is that anything I do in my career, it’s going to be hard to top what Jones and I had,” Cormier said.

It’s difficult to imagine that a rivalry that includes two definitive victories for Jones and nothing but heartbreak and frustration for Cormier could stand where it likely does today as the greatest one the promotion (and maybe the sport) has ever known. A lot of that has to do with the storied dislike between them and the pronounced storyline twists, including Jones’ failed drug tests and personal setbacks that saw him stripped of his title on three occasions.

But it also has to do with the fact that, among any other UFC rivalry it competes with in this category (including Chuck Liddell-Tito Ortiz), the combined skill level between the two fighters and collective historical standing has never been higher. And, yes, let’s not forget about the truckloads of soap opera-style drama.

“I think I enjoyed this rivalry with Stipe better because I don’t dislike him as much as I dislike Jones [where] it’s just nasty,” Cormier said. “Jones and I bring out some nasty parts of each other that I’m not sure is just there normally on the surface. I believe competitively that [Miocic] is the rivalry that I have loved living in but I don’t know if anything I will ever do in my life and career will ever just eliminate that part of my life. It was so big and for so long.”

To put Cormier’s thoughts in perspective, he hasn’t done an interview in upwards of six years where the topic of Jones didn’t linger over it like a menacing cloud. The two fighters famously brawled at a 2014 press conference in Las Vegas and have had more fight dates come and go without the two actually entering the Octagon than the opposite.

When Jones was away from the cage, Cormier kept his rival’s light heavyweight title warm by defending it. And even this week, as Cormier prepares for what he says is the final bout of his 11-year pro career, Jones’ name remains a relevant topic considering that DC, should he win on Saturday, will very likely be offered big money to defend the heavyweight title in a third fight against Jones that would be among the most important fights in the sport’s history.

“You have to understand with this Jones thing and with what we have, the press conference was in 2014 when we were supposed to fight initially and that went all the way to July 2017,” Cormier said. “So for three straight years it was always something about Jones and I. From the fights to the fights being scheduled multiple times and not actually happening to the second fight actually happening — and then what happened happened with him being gone and coming back and still being the champion — it was just a whole bunch of stuff for almost four years.

“It’s hard to think that anything is going to overtake that but I do believe that a fight for the heavyweight championship does stand alongside it for sure.”

Cormier may not have the same disdain for Miocic that he does for Jones, but this heavyweight rivalry has been much more evenly matched. Given the stakes in play and the drama produced inside the cage, it’s already easily among the most memorable rivalries UFC fans have seen.

“I think when [Miocic] sits back and looks at everything in terms of the historical meaning of the [third] fight, he is going to appreciate what we meant to each other,” Cormier said. “Being on the losing end of a great trilogy will suck for him but it will also have raised his profile because of the level of fights that he has been involved in.”