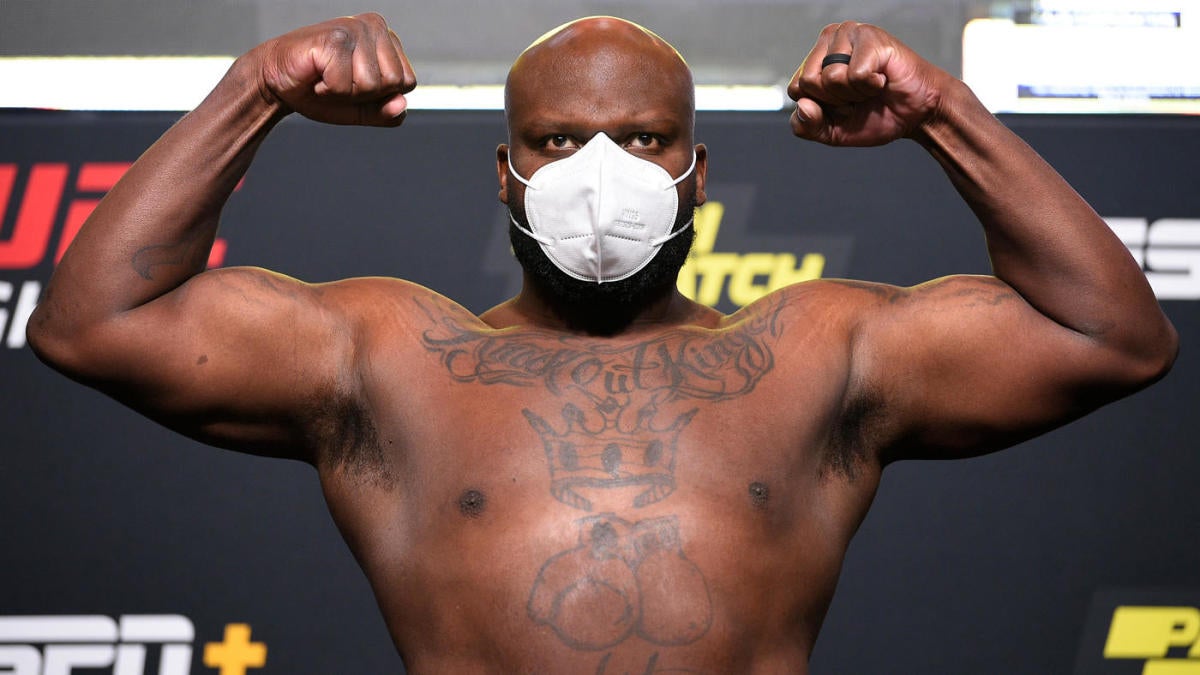 Heavyweight finishing artists are set to face off Saturday at the UFC APEX in Las Vegas when Derrick Lewis and Aleksei Oleinik meet in the main event of the latest UFC Fight Night. The duo have seen the judges’ scorecards a just 16 times in 104 combined fights.

Lewis will enter the Octagon as the favorite. He carries some of the most powerful knockout power in the sport, with 18 of his 23 career victories coming by knockout. In his two most recent fights, Lewis won by decision, something he attributed to changes in his physical health and “testing out” a new, lighter physique. Now, he has issued a promise for a unique offensive explosion against Oleinik.

Oleinik goes the other direction with his finishing prowess, scoring 46 submissions in his 59 career victories. In his 12 trips to the UFC Octagon, Oleinik has gone to the scorecards twice, including a split decision win over former heavyweight champion Fabricio Werdum in his most recent outing at UFC 249 in May.

Can’t get enough UFC? Subscribe to my podcast — State of Combat with Brian Campbell — where I break down everything you need to know in the Octagon, including a breakdown of what to expect this weekend from UFC Hall of Famer “Suga” Rashad Evans.

A former champion takes the spotlight in the co-main event when Chris Weidman battles Omari Akhmedov at middleweight. Weidman has fallen on hard times of late, going just 1-5 in his last six with all five losses coming by knockout since 2015. He returns to 185 after a failed journey up to light heavyweight where he was knocked out by Dominick Reyes. Another loss at 185 could spell the end of his storied career. Akhmedov, meanwhile, enters the fight on a six-bout unbeaten streak dating back to 2016.

Here’s the fight card for UFC Fight Night: Lewis vs. Oleinik with the latest odds from William Hill Sportsbook.

Derrick Lewis vs. Aleksei Oleinik: There’s a sense that, with both fighters wary of the other’s ability to finish the fight, this may end up fighting a slow-paced bout ending in a lackluster decision. But Oleinik’s step-up fights to guys around Lewis’ level have almost all ended with him getting knocked out. Lewis should be able to keep the fight on the feet long enough to connect with some big shots and end the fight. Pick: Derrick Lewis via TKO1