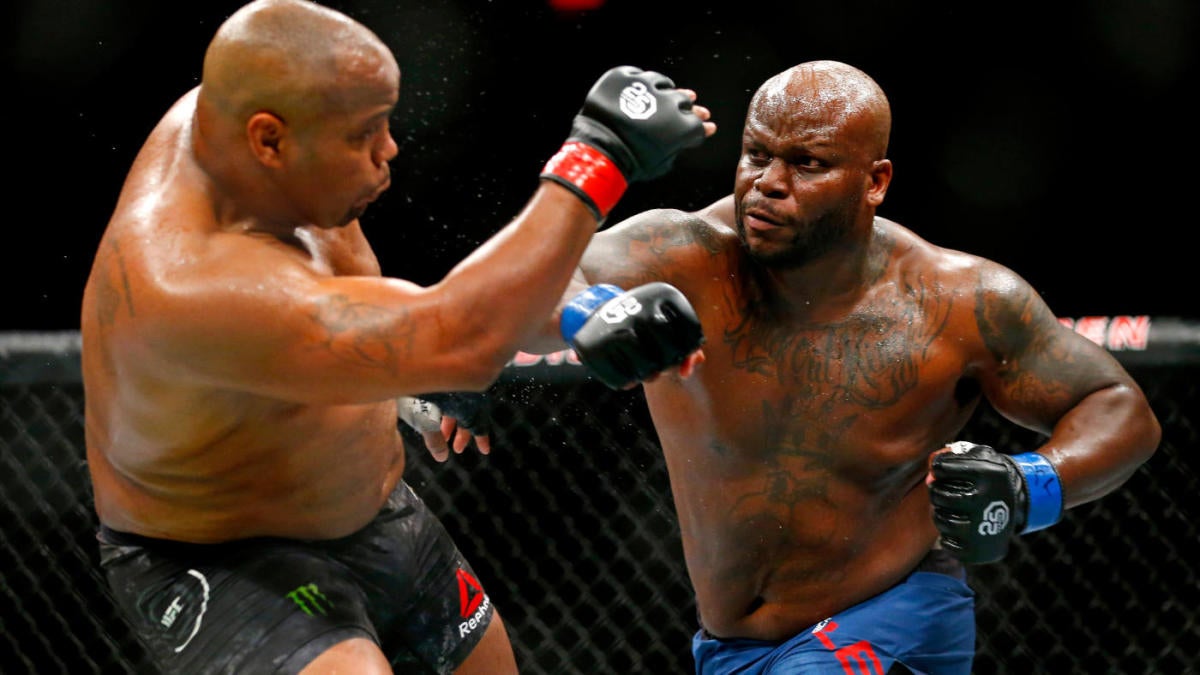 Derrick Lewis believes his recent results show he has evolved as a fighter, from pure brawler to a true mixed martial artist. The fourth-ranked heavyweight gets another chance to prove it on Saturday against dangerous submission artist Aleksei Oleinik in the main event of UFC Fight Night: Lewis vs. Oleinik. The top-10 heavyweight battle highlights the UFC showcase from the Apex facility in Las Vegas, with the main UFC fight card slated for 9 p.m. ET. The powerful Lewis has gone the distance in his past two victories, showing improved cardio and ground game to go with his fearsome punches.

He will need that versatility against the No. 10-ranked Oleinik, who is one of the most prolific submission artists in the sport’s history. Lewis is a -200 favorite (risk $200 to win $100), while Oleinik is +170 in the latest UFC Fight Night: Lewis vs. Oleinik odds from William Hill. In the co-main event, former middleweight champion Chris Weidman (-120) takes on surging prospect Omari Akhmedov (+100). Before making your UFC Fight Night picks for Saturday, make sure you see what SportsLine MMA analyst Brandon Wise has to say.

Since the UFC returned following a two-month period of inactivity due to the coronavirus pandemic, he has gone 37-19, while nailing the method of victory a remarkable 24 times. Last week, Wise advised SportsLine members to back Vicente Luque (-180) to get a knockout win against Randy Brown (+160) in a meeting of welterweight contenders. The analyst reasoned that the Brazilian’s array so stances and strikes would give fits to Brown, and that’s exactly what happened as the No. 10-ranked contender opened up his attack in the second round and earned the stoppage. Anyone who has consistently followed Wise is way up.

Now, with UFC Fight Night: Lewis vs. Oleinik fast approaching, Wise carefully has studied every matchup on the main card, identified the best value in the UFC odds and released his MMA picks for each fight. He’s only sharing those selections here.

Wise knows the 35-year-old Lewis is popular with UFC fans because of his finishing ability and unfiltered interviews that often garner more attention than his fights. However, the Texan’s stamina and ability to take damage have been question marks throughout his career.

Lewis has vowed to improve his conditioning, and the results can be seen with three of his last four victories going the distance. The outlier in that span was a knockout of Alexander Volkov at 4:49 of the third round.

His stamina likely will be tested by the savvy Oleinik, who will be looking to avoid power shots while trying to get the fight in his comfort zone on the mat.

The 43-year-old Russian has remained viable because of the relatively low level of damage he has taken throughout his career and his uncanny ability to end fights the moment he gets hold of a limb. The Brazilian Jiu-Jitsu black belt has won numerous grappling tournaments and also has five Performance of the Night bonuses in the UFC to his credit. You can see Wise’s Lewis vs. Oleinik picks here.

We’ll share one of Wise’s UFC Fight Night main-card selections here: He is backing Maki Pitolo (+160) to pull the upset against Darren Stewart (-180) in a clash of middleweight prospects.

Stewart (11-5-1) is a six-year UFC veteran who started his run with the promotion with an 0-3-1 mark. The 29-year-old London native has bounced back to go 4-2 since, with wins over fellow prospects Bevon Lewis and Deron Winn to his credit. Lewis fought Bartosz Fabinski in the Cage Warriors promotion in March after their UFC showdown was canceled because of the coronavirus pandemic. He lost the lopsided fight by unanimous decision.

Pitolo (13-5) has split a pair of UFC bouts following an impressive run that included wins in Bellator and on “Dana White’s Contender Series.” He stopped Charles Byrd in the second round of their June fight.

“I really like Pitolo’s power. He tends to throw caution to the wind and swing for the fences with his punches, and I think he’ll be able to connect with at least one of them,” Wise told SportsLine.

Wise also has strong picks for Lewis vs. Oleinik and every other bout on the main UFC Fight Night card. He’s also backing an underdog who has the potential to “possibly end his opponent’s career.” You can see who it is, and get every pick for every fight on the UFC Fight Night main card, at SportsLine.

Who wins Lewis vs. Oleinik? And how exactly does each fight end? Visit SportsLine now to get detailed picks on every fight on Saturday’s main UFC fight card, all from the accomplished expert who has been profitable for five straight years, and find out.

Not so fast: McGregor-PacMan a complex situation