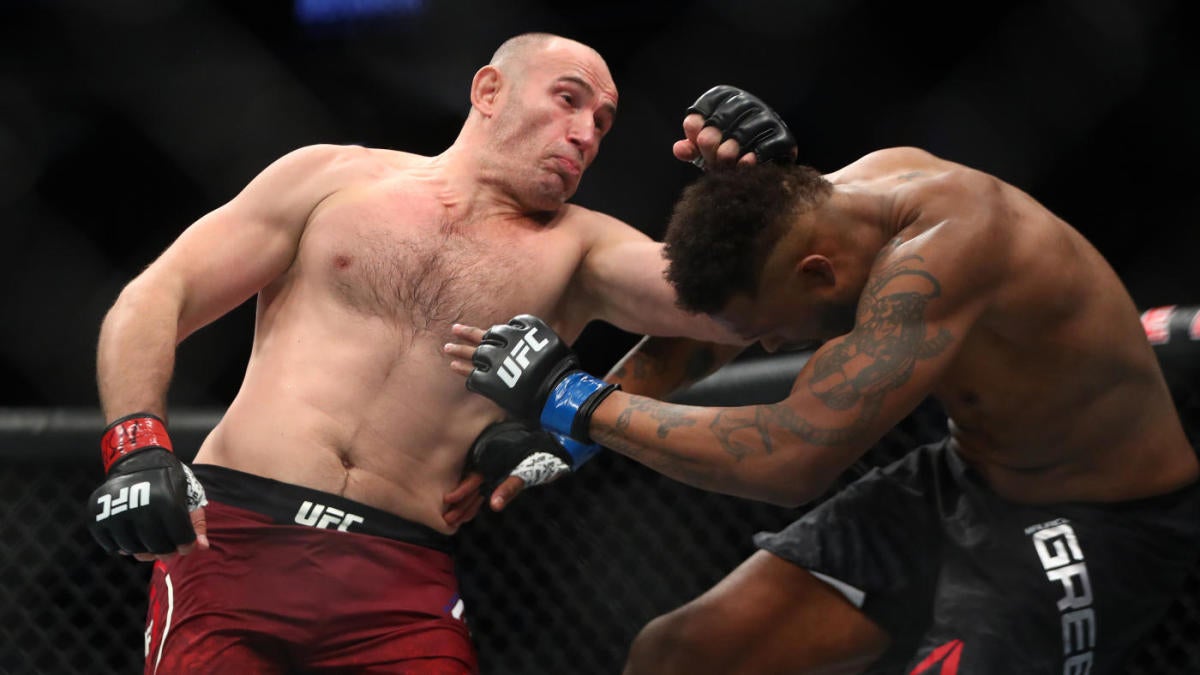 UFC Fight Night: Lewis vs. Oleinik takes place on Saturday at the Apex Facility in Las Vegas. This time, a pair of top-10 heavyweights will headline a star-studded UFC Fight Night card. No. 4 Derrick Lewis (23-7-1) has recorded several of the biggest knockouts in UFC history and will try to earn his way back to a title shot after getting choked out by Daniel Cormier at UFC 230. Meanwhile, No. 10 Aleksei Oleinik (59-13-1) is coming off wins over Fabricio Werdum and Maurice Greene already in 2020 and is looking for his 60th professional victory headed into UFC Las Vegas.

Lewis is a -215 favorite (risk $215 to win $100), while Oleinik is a +185 underdog in the latest Lewis vs. Oleinik odds from William Hill. In the co-main event, former middleweight champion Chris Weidman (-120) takes on rising contender Omari Akhmedov (+100). Before making your UFC Fight Night: Lewis vs. Oleinik picks, make sure you see what SportsLine MMA analyst Kyle Marley has to say, given the epic run he’s on.

Over the past 17 months, $100 bettors who have followed Marley’s picks are up nearly $20,000. The accomplished MMA analyst has been on fire as he has connected on 15 of his last 17 main-event selections, a stretch that included a streak of five straight underdogs. At UFC Fight Night two weeks ago, Marley called the decision victory for top-ranked middleweight Robert Whittaker (-135) against fifth-ranked Darren Till (+115). He also nailed his pick of Mauricio Rua (-200) against Antonio Rogerio Nogueira (+175) in the co-main event. Anyone who has consistently followed Marley is way up.

Now, with UFC Fight Night: Lewis vs. Oleinik fast approaching, Marley has carefully studied every matchup on the card, identified the best value in the UFC odds and released his MMA picks for every fight. Those selections are only available at SportsLine.

Marley knows the main event will have major implications for a heavyweight division that could soon be in a phase of serious transition. Champion Stipe Miocic faces former champ Daniel Cormier in their trilogy bout Aug. 15, and it could be the last fight for both veterans regardless of the outcome. Francis Ngannou appears entrenched for the next title shot with his No. 2 ranking, but the division remains relatively open. Lewis has a win over Ngannou to his credit, while third-ranked Curtis Blaydes has twice lost to Ngannou.

Lewis (23-7-1) would be well-positioned with a victory Saturday. The 35-year-old New Orleans native lost a short-notice title shot against Cormier in November 2018, followed by a stoppage defeat to former champ Junior Dos Santos in March 2019. Those losses had some observers questioning whether Lewis was past his prime, but the slugger has rebounded with consecutive wins over veterans Blagoy Ivanov and Ilir Latifi.

He faces a daunting challenge in Oleinik (59-13-1), who has seen a recent career resurgence of his own. The 43-year-old Russian submission specialist is noted for his ability to stop any opponent at any time with his vast array of fight-ending techniques. Oleinik is looking for his third win of 2020 after he used an armbar to stop Maurice Green in January, followed by a split decision over former champ Fabricio Werdum in May. You can only see Marley’s coveted Lewis vs. Oleinik picks here.

We’ll share one of Marley’s UFC Fight Night selections here: He is backing Andrew Sanchez (+135) to upset Wellington Turman (-155) in a middleweight bout. Sanchez (12-4) is making his eighth UFC appearance, while it will be just the third UFC fight for Turman (16-3).

Sanchez is an aggressive fighter as a striker and a grappler. He averages 4.82 significant strikes per minute and also lands 2.65 takedowns per 15 minutes to go along with a 100 percent takedown defense rate. His well-rounded game should give him an edge over Turman.

“Turman is a grinder who likes to wrestle, and that is Sanchez’s game as well. Sanchez might also be the better wrestler,” Marley told SportsLine. “Sanchez will be more active on his feet and he can win there as well.”

How to make UFC Fight Night: Lewis vs. Oleinik picks