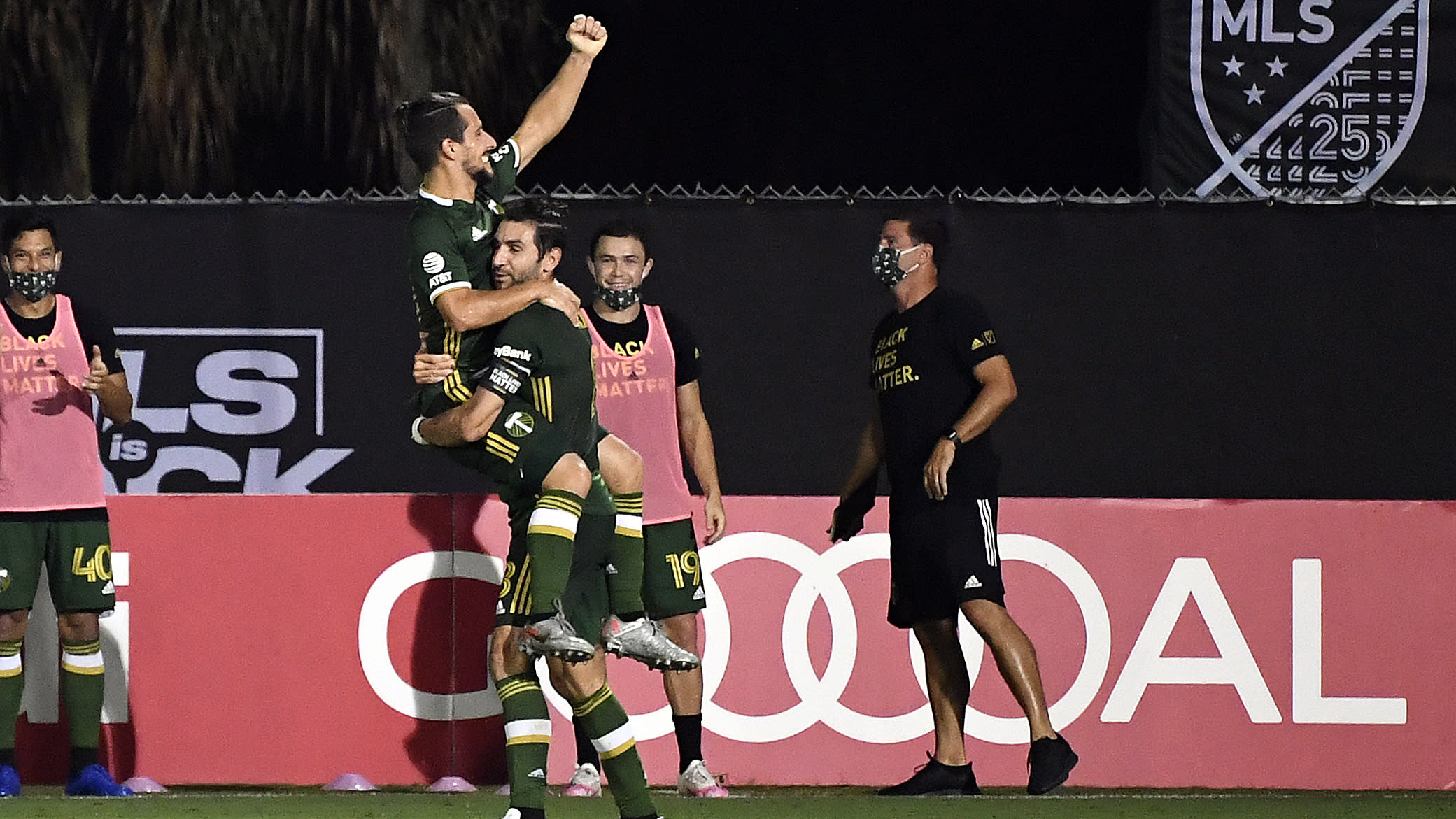 No one thought the Portland Timbers would be in the MLS is Back Tournament Final.

At least no one but those that mattered most because the Timbers always believed in one another.

“I think it’s a type of tournament you always want to be in, it’s not easy to get in,” said the longtime Timbers midfielder who assisted the Timbers’ first goal Wednesday. “It takes a long time during a regular season, and now we have one game to go. So besides winning the tournament, I think it’s an extra motivation for me personally, I love that kind of international competition. I think it’s a lot of prestige for the club and for the league, and you always want to be in, and it’s going to be the third time so I really want to make it happen, and play another time.”

How have the Timbers done it? By trusting each other.

“It’s the quality of the whole group, the coaching staff and the players, all the sacrifice, all the energy to make this club bigger, and knowing that all happens on the field and that’s it,” said Valeri. “So, besides all the stuff around our environment, we are very focused on our job, to prepare every game and execute during the game.”

“We have the freedom and the confidence of the whole staff to express ourselves on the ball and that’s why we take risks in the final third. Whether it’s trying to beat someone on the dribble, trying to make a run in the box that maybe might put you out of position defensively.

“There’s a trust within the coaching staff to the players and then amongst the players on the field that if we take risks, because we’re good players and we can make plays, that we’ll have each other’s backs.”

Even despite a good amount of roster turnover, the culture in Portland has remained strong under Savarese.

“The togetherness of the group that we’ve fostered over the last couple of years has been really special,” said Ebobisse. “Guys that have come in have fit in seamlessly and now you’re starting to see more and more of the benefits of what we’ve put together as a group.”

In Savarese’s first season as head coach of the Timbers, he coached the franchise to its second-ever MLS Cup appearance but the team didn’t finish, losing 2-0 to Atlanta. Portland doesn’t want to see that happen again.

“Hopefully, we have a different script than the 2018 [MLS Cup] Final but I think it shows to the resilience of this group that we’re ready to go for another final just two years later,” claims Ebobisse.

“We know that still, we have one more game to get the trophy,” added Valeri.

Next up, the Portland Timbers will play the winner of Orlando City FC and Minnesota United on August 11th at 5:30 p.m. PT.

Liverpool in ‘one horse race’ for Premier League title but ‘strong’ Tottenham will be a surprise, claims Harry Redknapp