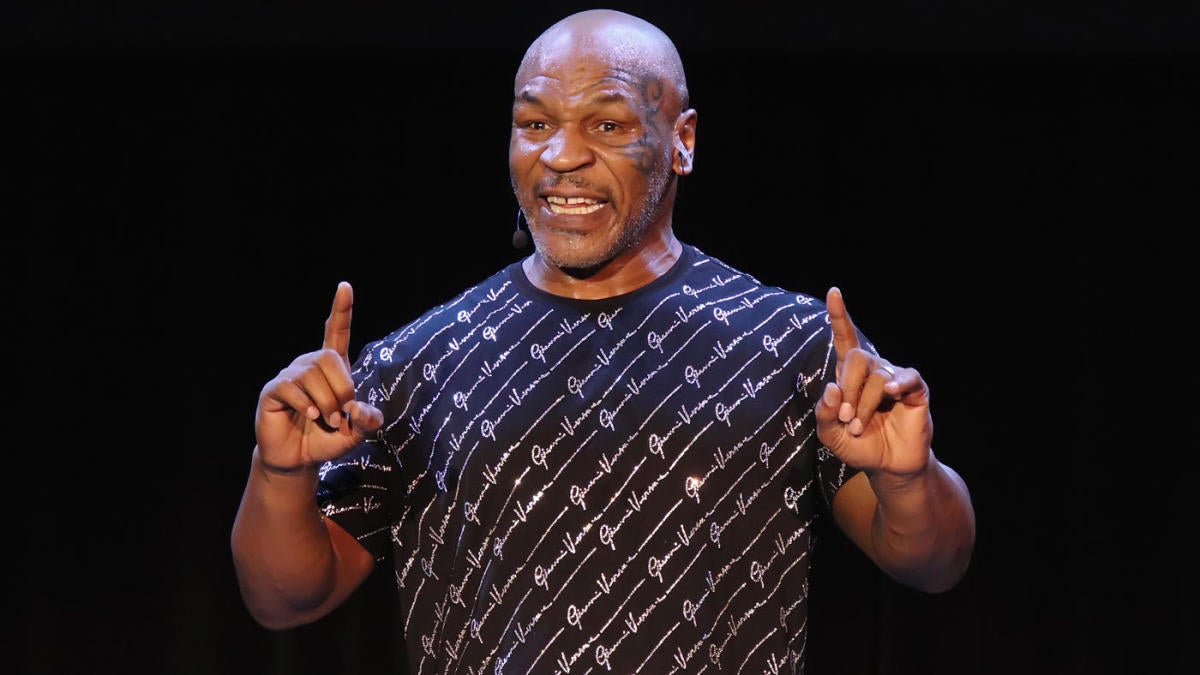 Mike Tyson is officially back. The former undisputed heavyweight champion of the world will return for one last match — an exhibition — against another boxing legend in Roy Jones Jr. on Sept. 12. The bout will take place at Dignity Health Sports Arena in Los Angeles and be available on PPV. Both men are now in their 50s and well past their prime fighting days. But the combination of nostalgia and curiosity could make this one of the biggest boxing events of 2020.

Tyson, of course, was one of the most feared heavyweights in history, dominating the division over the late 1980s, becoming the youngest heavyweight champion in history with brutal punching power that carried him to a 37-0 record before he fell victim to one of the greatest sports upsets in history when he was knocked out by James “Buster” Douglas in Tokyo in July 1990. Tyson remained a star despite years spent in prison after being convicted of rape. Tyson would go on to infamous lows such as twice biting Evander Holyfield in their June 1997 rematch and quitting against Kevin McBride during his final pro bout. He has, in recent years, rehabilitated his image as a kinder, gentler version of himself, appearing in films, hosting a podcast and becoming an outspoken advocate for marijuana.

Jones was named the best boxer of the 1990s by Ring Magazine. At his best, Jones displayed a dazzling combination of speed, power and defense, while being able to showboat in fantastic and improbable ways. Jones won wold championships at middleweight, super middleweight, light heavyweight, and eventually heavyweight in a historic accomplishment. After a near-flawless first 50 fights of his career — his lone loss a controversial disqualification against Montell Griffin that was avenged in less than one round in the rematch — Jones career slowly began to unravel as his style was too dependent on reflexes that diminished over time.

Below is all the information we know about the bout, including the fight card, odds and rules. Be sure to check in on this page often as it will be updated frequently.

Is the fight safe?

Older boxers have come back for exhibition bouts in the past. Tyson had floated the idea for months before the bout was announced, though many expected his opponent to be Holyfield, who was similarly teasing an exhibition return. There are, of course, safety concerns when it comes to two men in their 50s who have taken full careers of punches to the head. A report by Yahoo! Sports’ Kevin Iole stated, “Tyson-Jones fight will be EXHIBITION bout with bigger gloves, perhaps 12 ounces. They met with Andy Foster of [California State Athletic Commission] on Zoom recently. They aren’t going to try for KOs. Sept. 12 at Dignity Health Sports Park.”

Of course, the fighters have spoken differently about their approach to the fight, not wanting to turn the public off to the idea. But Foster doubled down on the idea that the fighters would not be trying to knock each other out and were expected to “exhibit their boxing abilities” over eight, three-minute rounds, featuring no headgear and large gloves that would typically only be used for in-gym sparring sessions.

“I wanted to have their assurances that they understand, ‘I don’t care if they spar. I don’t care if they work.’ They are world-class athletes, even still,” Foster told BoxingScene. “They have a right to earn, and all these types of things. They’re about the same age. We can’t mislead the public as to this is some kind of real fight. They can get into it a little bit, but I don’t want people to get hurt. They know the deal.

“It’s an exhibition. They can exhibit their boxing skills, but I don’t want them using their best efforts to hurt each other. They’re going to spar hard, but they shouldn’t be going for a knockout. This isn’t a record-book type of fight. This is not world-championship boxing right now. It’s not what this is. People shouldn’t be getting knocked out. The public can see what kind of shape Roy and Mike are still in.”

It is unclear yet, however, what size gloves will be used. Foster also said there will be no judges for this contest, making it a true exhibition with no expected winner. Some gambling sites have offered odds on the match, but it’s tough to tell how that will go given it could just end at any moment.

How can I watch the fight?

Despite Foster stating the fight is a glorified bit of sparring that the public should not consider “some kind of real fight,” that same public is being asked to pay to watch the fight go down. The cost of the event has been reported to be $49.99 on traditional pay-per-view platforms and Triller.

Triller is an up-and-coming social media platform that looks to be something akin to a TikTok competitor. They have acquired exclusive rights to a 10-part documentary series on the event, and according to CNBC, paid “upwards of $50 million” for rights to carry the event. Triller’s involvement, as well as the involvement of Tyson’s new “Legends Only League” stick two unknown quantities on a major stage along with an ongoing global pandemic, leading some to believe there’s a solid chance the fight never actually takes place.

What other fights are on the PPV?

Beyond that, there have been rumors tying former WBC super middleweight champion Badou Jack to the card. Oh, and the PPV has also been announced to feature “multiple fights and iconic musical performances.”