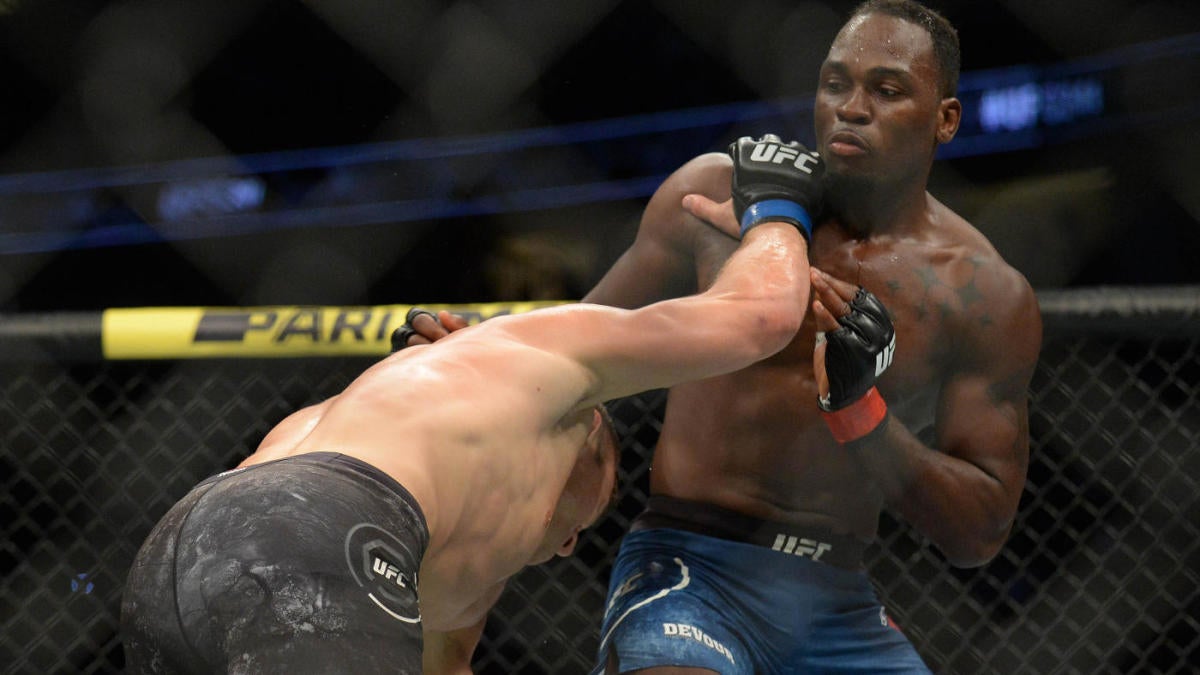 Edmen Shahbazyan says he appreciates the attention he has received, but he remains motivated to continue proving his skills in the Octagon. One of the hottest prospects on the UFC roster, the No. 9-ranked Shahbazyan steps up in opposition to face No. 8-ranked Derek Brunson on Saturday in the main event of UFC Fight Night: Brunson vs. Shahbazyan. The battle of top-10 middleweights headlines the UFC Fight Night card from the Apex facility in Las Vegas, with the main card set for 9 p.m. ET.

Shahbazyan has stopped all three of his UFC opponents in the first round, but should face greater resistance from a decorated veteran in Brunson, who has shared the Octagon with many of the division’s biggest stars. Shahbazyan is a -360 favorite (risk $360 to win $100), while Brunson is priced at +280 in the latest Brunson vs. Shahbazyan odds from William Hill. In the co-main event, Joanne Calderwood (-155) and Jennifer Maia (+130) meet in a matchup of top-10 flyweights. Before making your UFC Fight Night picks for Saturday, make sure you see what SportsLine MMA analyst Brandon Wise has to say.

Since the UFC returned following a period of inactivity due to the coronavirus pandemic, he has gone 36-16, while nailing the method of victory a remarkable 23 times. Wise kept his 2020 hot streak going by notching a 4-1 record at UFC Fight Night two weeks ago. Those victories included accurately calling wins by Deiveson Figueiredo (-220) over Joseph Benavidez (+180) for the flyweight title in the main event and Jack Hermannson (-105) taking down Kelvin Gastelum (-115) in the middleweight co-main event. Anyone who has followed him is way up.

Now, with UFC Fight Night: Brunson vs. Shahbazyan fast approaching, Wise carefully has studied every matchup on the main card, identified the best value in the UFC odds and released his MMA picks for each fight. He’s only sharing those selections here.

At age 22, Shahbazyan is among the youngest fighters on the UFC roster and also is widely viewed as one of its most promising prospects. He has stated his goal to become the promotion’s youngest champion in history, surpassing the mark Jon Jones set at 23 years, 8 months.

Shahbazyan (11-0) turns 23 in November, and the Californian likely would need at least two more wins in order to qualify for a title shot, so his chances of getting an opportunity to break Jones’ record could be considered ambitious. The next step involves getting past a seasoned veteran in Brunson (20-7), who has battled several of the sport’s luminaries.

The 36-year-old North Carolina native has consistently defeated upper-tier UFC opponents throughout his career, but has struggled against elite opponents. His resume includes losses to Adesanya and Robert Whittaker, the former champion who is now the No. 1 contender. He also has absorbed defeats against iconic former champ Anderson Silva and former title-challenger Yoel Romero.

Brunson brushed off suggestions that he might be nearing the end of his career with consecutive victories over prospects Elias Theodorou and Ian Heinisch last year. An upset over Shahbazyan would vault him into the title picture. You can see Wise’s Brunson vs. Shahbazyan picks here.

We’ll share one of Wise’s UFC Fight Night main-card picks here: He is backing Lando Vannata (-145) to earn a decision victory against Bobby Green (+125) in a battle of lightweight stalwarts.

Green (25-10-1) is an eight-year UFC veteran who has battled some of the division’s biggest names. His resume includes losses to icons such as Edson Barboza and Dustin Poirier, who briefly held the interim title. The 33-year-old Californian has split his past four bouts and looks to build off a decision win against fellow veteran Clay Guida in June.

Vannata (11-4-2) is widely viewed as a versatile talent who is skilled enough to be a contender, but he has struggled to gain consistent traction in the UFC since starting his tenure with a loss to former interim champion Tony Ferguson in 2015. The 28-year-old New Jersey native has won two of his past three fights, including a decision victory against Yancy Medeiros in February.

“Vannata is a tricky puzzle to solve, and Green’s best success in his win over Clay Guida was slowing down his pace,” Wise told SportsLine. “Green’s success also came from not having to worry about the power coming back his way from Guida, which will not be the case here.”

Wise also has strong picks for Brunson vs. Shahbazyan and every other bout on the main UFC Fight Night card. He’s also backing a combatant who is “the better overall fighter” and in line for a groundbreaking victory. You can see who it is, and get every pick for every fight on the UFC Fight Night main card, at SportsLine.

Who wins Brunson vs. Shahbazyan? And how exactly does each fight end? Visit SportsLine now to get detailed picks on every fight on Saturday’s main UFC fight card, all from the accomplished expert who has been profitable for five straight years, and find out.

Holly Holm on the evolution of women’s MMA