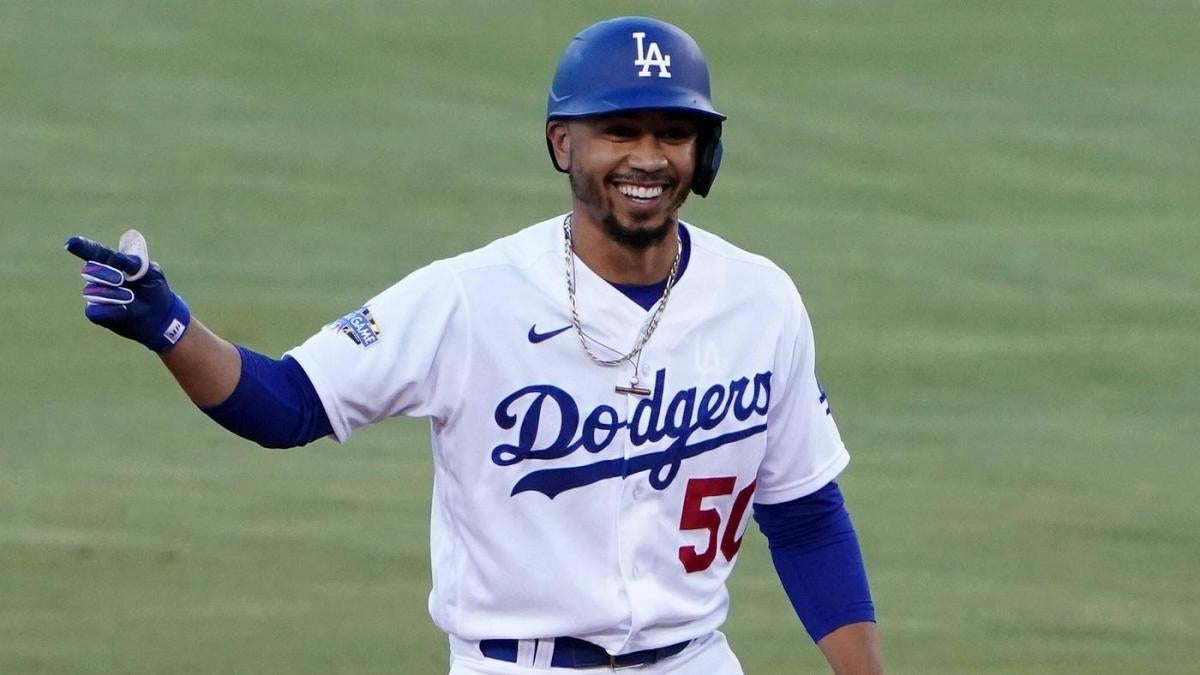 Major League Baseball just added another entry into the list of the richest contracts in sports. Mookie Betts joined the ranks of MLB‘s $300 million men when he inked a 12-year deal to remain with the Los Angeles Dodgers for the long haul. The deal is the second richest in the history of baseball, trailing only Mike Trout’s $426 million dollar deal with the Los Angeles Angels, but both trail Patrick Mahomes‘ 10-year extension with the Kansas City Chiefs, which puts the NFL in the top spot.

As CBS Sports’ Jason La Canfora reports, the reigning Super Bowl MVP will have a contract specifically designed to reward him with a percentage of his team’s salary cap — a first in league history. Aside from that feature, he’s already set to earn at least the most of any athlete in all of professional sports, or up to $503 million over the next 12 years, the full duration of his deal.

And, again, that’s the bare minimum that he’ll earn through 2031, according to ESPN. Assuming the NFL salary cap eventually rises in the years following the COVID-19 pandemic, Mahomes could easily rake in millions more, easily making him the highest-paid player in American football history — and an outlier considering so many of sports’ biggest earners happen to play baseball.

Here, we offer a look at the top 10 largest contracts in all of sports now that Mahomes has been paid (with a capital “P”):

The most glaring takeaway is that baseball still owns the money game. Eight of the 10 largest contracts in sports belong to MLB players, the most handsomely paid of which is Trout, whose 12-year agreement was the first to top Canelo Álvarez’s $365 million haul. Giancarlo Stanton’s 13-year agreement with the Miami Marlins back in 2014 previously had him atop the MLB list, but both Bryce Harper and Trout have since eclipsed Stanton’s $325M mark.

If you were to break it down specifically by the average amount of money made per year, more basketball contracts — like James Harden’s $228-million pact — would be present. For example, Stephen Curry’s $201 million contract wouldn’t qualify for this list since it clocks in at $47 million less than Miguel Cabrera’s deal in terms of total value, but if you look at how much Curry makes per season as opposed to Cabrera, the Golden State Warriors star has an obvious upper hand with a per-year average of roughly $9 million more.

All of this speaks volumes about how unprecedented Mahomes’ 10-year extension with K.C. really is. Because while no other NFL players are represented here (Matt Ryan, with the Atlanta Falcons, comes closest with a $150M deal), Mahomes doesn’t own just the biggest total-value contract after his lucrative deal. His average annual salary is also likely to top the list, making him both the highest-paid athlete in terms of total money and per-year earnings.