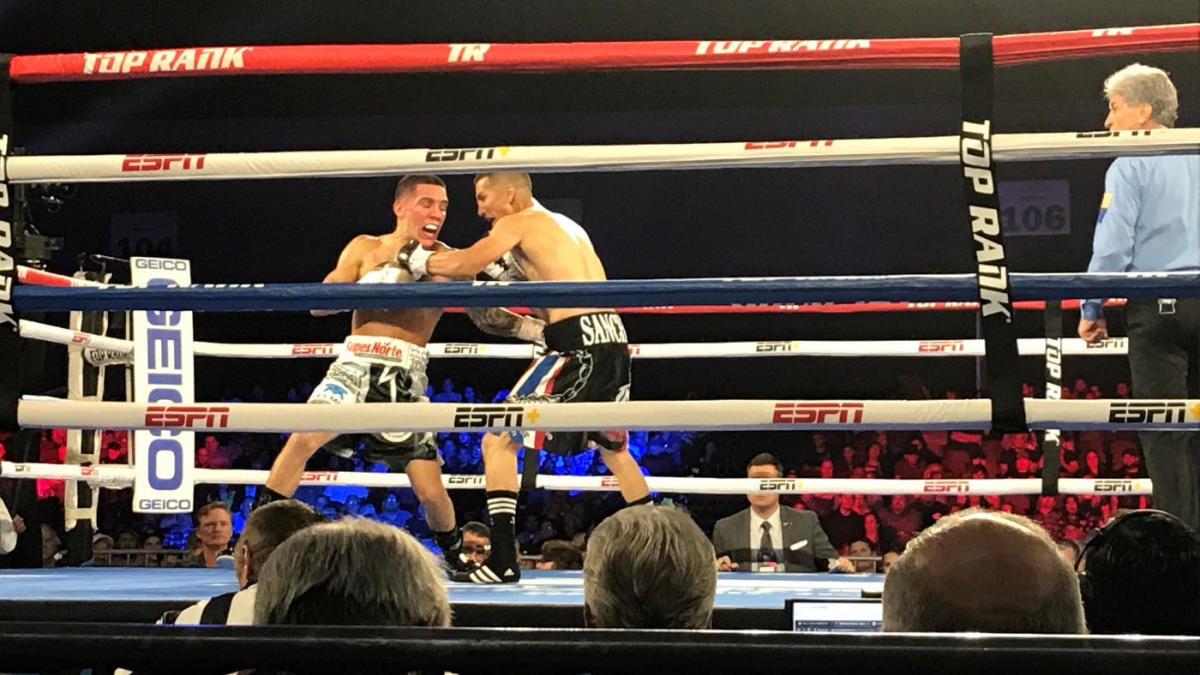 Undefeated junior lightweight Oscar Valdez tries to reclaim his aura of invincibility when he fights Jayson Velez on Tuesday in Las Vegas. The 10-round bout headlines a six-fight card starting at 8 p.m. ET from The Bubble at the MGM Grand. Valdez (27-0, 21 KOs) overcame a second-round knockdown to knock out Adam Lopez in the seventh in their November 2019 fight, and remains on track to fight WBC champ Miguel Berchelt later this year.

But first he must deal with the capable Velez (29-6-1, 21 KOs). The 32-year-old has never been knocked out, and he boasts impressive wins like his 2018 TKO of former world champion Juan Manuel Lopez. Valdez is a -2000 favorite (risk $2,000 to win $100) in the latest Valdez vs. Velez odds from William Hill, with Velez getting +1000 (risk $100 to win $1,000) as the underdog. Before making any Valdez vs. Velez picks, see the latest Top Rank boxing predictions from SportsLine analyst Peter Kahn.

Kahn is uncanny when it comes to picking fights. He is an astounding 13-0 on SportsLine boxing picks since the hiatus due to the coronavirus pandemic, including a 6-0 sweep this month that extended his highly profitable run.

Last year in the heavyweight division, Kahn called Deontay Wilder knocking out Dominic Breazeale in the first round, a massive 22-1 long shot bet. “Based on everything Wilder has expressed leading up to the fight and his true dislike and beef with Breazeale, expect Wilder to come out and try to get rid of him early to make a statement,” Kahn told readers. The result: Wilder ended it at the 2:17 mark with a violent one-punch knockout, and everyone who followed Kahn’s advice cashed huge.

Last Thursday, Kahn told readers to bet Felix Verdejo over Will Madera. The result? Verdejo destroyed Madera in a vicious first-round knockout. The week before that, Kahn urged readers to back heavyweight Carlos Takam as a small favorite over Jerry Forrest, and Takam cruised to a unanimous decision win.

Now, with Tuesday’s Top Rank boxing card fast approaching, Kahn has studied Valdez vs. Velez from every angle, identified the best value in the boxing odds and released a highly confident pick. Head to SportsLine to see all of his boxing picks.

In the co-feature leading up to Valdez vs. Velez, Kahn likes Edgar Berlanga to knock out Eric Moon in the first three rounds of their super middleweight bout. Berlanga has knocked out all 13 of his opponents in the first round.

“I can assure you Moon isn’t going to be the guy to give Berlanga his first loss,” Kahn told SportsLine. “While having a respectable record at 11-2 with six knockouts, Moon will succumb to Berlanga’s power at some point.”

Kahn noted Valdez, 29, looked vulnerable in his last fight, which came against a late replacement. And it’s the underdog Velez — not Valdez — who boasts the height and reach advantage in Tuesday’s main event.

While Valdez is eyeing his second world title, Velez knows he has a golden opportunity for a career-defining win.

How to make Valdez vs. Velez picks

For Tuesday’s Top Rank card, Kahn is highly confident he has the Valdez vs. Velez winner. He’s also predicting exactly how long the fight lasts. You can see all his picks right here.

Who wins Valdez vs. Velez? And exactly how long does the fight last? Visit SportsLine now to see Peter Kahn’s best bet for Tuesday, all from the fight game manager who’s 13-0 on boxing picks since the sport returned, and find out.