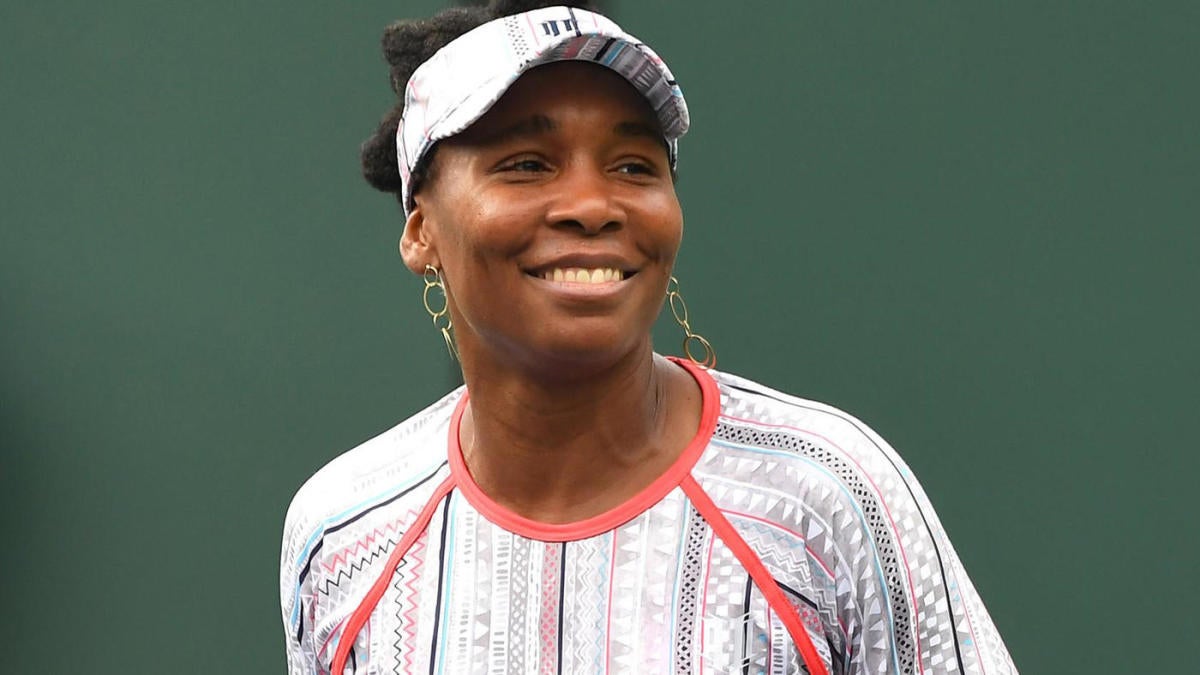 The coronavirus pandemic has halted sports throughout the world, and slowly leagues are finding ways to come back, though some are returning with more ease than others. World TeamTennis has been able to return safely this past week thanks to new health protocols and commitment to the plan from the athletes.

The team tournament is taking place at The Greenbrier “America’s Resort” in White Sulphur Springs, West Virginia though Aug. 2, and you can watch the tournament on CBS Sports. WTT is seeing success with their tournament and many of the participating players say it was easy to decide to play from what they saw regarding the safety plan.

Of the 245 tests onsite of WTT players, coaches and staff, all have come back negative so far.

“I’m excited to finally be back on the court,” said Williams, who leads her Washington Kastles against the Vegas Rollers and the Bryan twins today on CBS and CBS All Access. “It was nice being able to spend time at home, which during a typical year is super rare for me.”

The others echoed the same thoughts, saying they were itching to get back work and felt lucky to be given the opportunity to do it with WTT, who they felt have made the return safe.

“They’ve gone above and beyond. All the players are required to wear masks anywhere around the grounds except in their hotel room and on the court,” Bob Bryan said. “There’s hand sanitizing machines at every elevator, every door… Just hearing about all those details made us feel very secure.”

WTT detailed their health and safety protocols outlining that players must quarantine for 14 days in the U.S. after arriving and “must produce a negative test before entering the grounds.”

They also wrote, “No high-fives or handshakes will take place between opponents. All players will be socially distanced at least six feet apart and will be required to wear a face covering/mask while on the sidelines.”

Bob Bryan says the players have been abiding by the rules, which has helped ensure everyone’s safety.

Testing is a major element that made Collins, who is immunocompromised, feel safe.

“This is really incredible that World TeamTennis has decided to proceed forward with the tournament, and it just shows their commitment, supporting players and allowing us to compete. This is what we love to do,” she said.

Playing during a pandemic comes with obvious apprehension from athletes across sports, but Collins says she was ready to get back and WTT made her feel comfortable committing to play.

“This is the way it going to be for a while. We’re a long ways from a vaccination. And we’re gonna have to make adjustments and sacrifices in order to be able to go on the court,” Collins said. “And if that means getting tested multiple times a week, if that means bringing less team members along with you when you travel, I think the important thing is being able to resume back to work and to be able to compete and do what to do what we do for a living.”

The players have also done a lot themselves to ensure they’d be healthy and ready to go for when the return happened. Collins has been quarantining, bought her own gym equipment so she could train at home and drove herself to the tournament to avoid getting on a plane. The Bryan brothers have been doing the same, making sure they are only with their immediate families and not going out, even to grocery stores.

Bob is just hoping that the negative COVID-19 results continue so they can finish out the rest of the tournament.